SJVN has announced that it will be commissioning the 100 MW solar plant at the Dholera Solar Park at an outlay of Rs 450 crore. 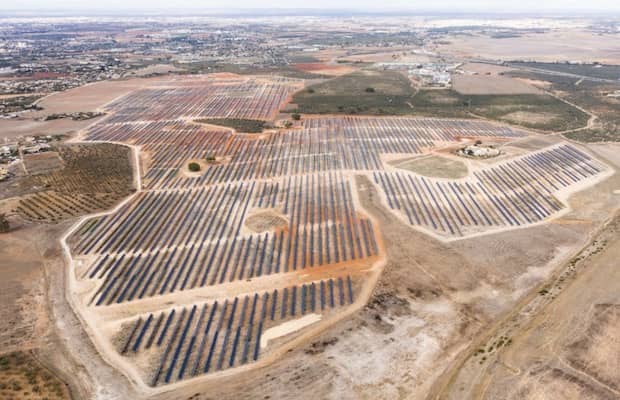 State-owned Satluj Jal Vidyut Nigam Ltd (SJVN) fresh from its win at Gujarat Urja Vikas Nigam Ltd’s (GUVNL) 700 MW solar auction, has announced that it will be commissioning the 100 MW solar PV power plant which it was awarded under the tender at the Dholera Solar Park at an outlay of Rs 450 crore.

The SJVN was awarded 100 MW capacity in the auction after submitting a bid for Rs 2.80 per unit. And will now develop the project on a build-own-and-operate basis.

SJVN Chairman and Managing Director Nand Lal Sharma confirmed that the tentative cost of the project is Rs 450 crore and that the project is expected to generate 244 million units in a year. The power purchase agreement will be signed for 25 years.

Solar power tariffs have been declining because of sharply declining prices of solar panels, better structuring of the project that reduces the risk for project developers and the availability of finances at a competitive cost.

Sharma said the development of these parks will lead to realisation of Prime Minister Narendra Modi’s vision of providing 175 GW of power through renewable sources by 2022.

The recently concluded auctions for the 700 MW solar tender saw the entire capacity awarded to four other bidders beside SJVN. With Tata Power and Vena Energy submitting the winning bids (L1) of Rs 2.78/kWh. Both the L1 bidders secured capacities of 100 MW each under the tender. Followed by ReNew Power which secured 200 MW project capacity with its bid of Rs 2.79/kWh. TEQ Power  (O2) secured 200 MW capacity with its bid of Rs 2.81/kWh.

In March, GUVNL had floated its tender for the selection of solar power developers for setting up 700 MW solar projects at the Dholera Solar Park. As per the RfS, GUVNL had re-tendered the 700 MW capacity which remained unallocated in solar tenders invited by the agency on January 16, 2019, (Phase V) and June 24, 2019 (Phase VII). As per GUVNL, the tender had been issued in order to fulfill the renewable power purchase obligation (RPPO) and to meet the future requirements of Discoms.