Siemens Gamesa has secured its first landing of SG 3.X platform in China, supplying six units of its SG 3.4-132 wind turbines with a flexible power rating of 3.65 MW. 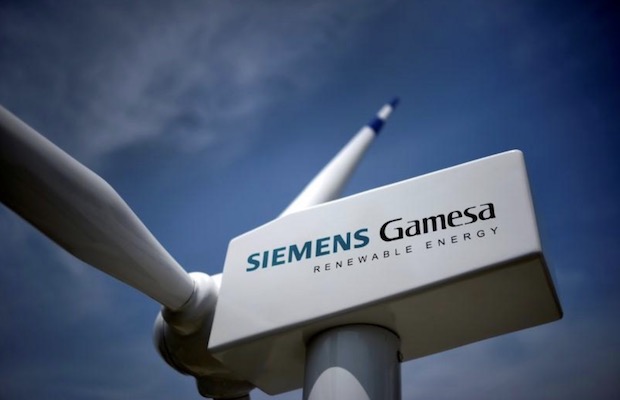 Siemens Gamesa Renewable Energy (SGRE) reached an agreement to supply six SG 3.4-132 wind turbines with a flexible power rating of 3.65 MW to a wind farm project in Inner Mongolia, China. The project is developed by the State Power Investment Corporate (SPIC) of China, one of country’s top five power generators, and it is the first order SGRE received from SPIC.

The order also marks the first landing of the Siemens Gamesa 3.X platform model in China, and commissioning of the project is expected in August 2019. Siemens Gamesa will also be responsible for the operation & maintenance of the turbines for 5 years, and 6-20 years warranty for major components.

The project, located in Holingola, Tongliao city, is designed as a continuation of a circular economy demonstration project with generated electricity to be self-used by an electrolytic aluminum plant of SPIC. The demonstration project maximises the use of local resources, including wind, coal, water and heating, etc.

The latest wind project is also expected to gather wind farm performance data for a planned 6 GW wind power base of SPIC that has been approved to establish in Inner Mongolia.

“We’re delighted to reach this milestone cooperation with SPIC, one of China’s top five power producers. Based on our global scale and size, business diversification and technological leadership, SGRE is better positioned than before to support our customers to harness the power of wind in the world’s largest wind energy market here and beyond,” said Richard Paul Luijendijk, CEO of SGRE Onshore APAC.

SGRE’s history and presence in China can be dated back to 30 years ago, where the company has installed close to 5.2 GW worth of wind power capacity.

Recently, Siemens Gamesa has signed a $78.4 million agreement with the Bosnian public electric utility company (EPBiH) to supply 15 wind turbines for a future wind farm.  The wind power company has signed a contract for designing, supplying equipment, construction works, assembling, testing and commissioning of the 15 wind turbines of the Wind Power Plant ¨Podveležje¨.