Scatec Solar and partner Rengy Development have reached commercial operation for the 47 MW Rengy solar project in the south of Ukraine. 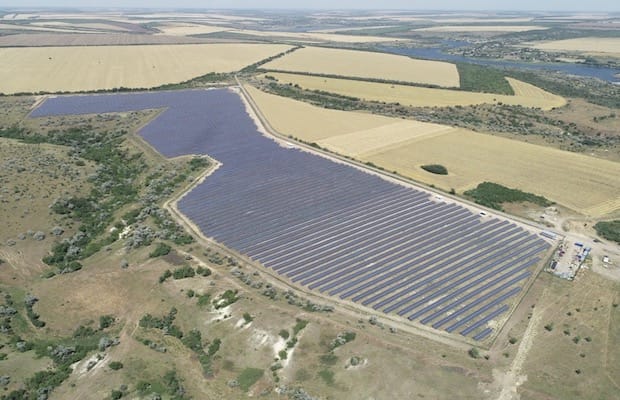 “We are very proud to have started commercial operations in Ukraine just 13 months after securing the project. The solar power plant will deliver clean energy to around 15,000 households and contribute to avoiding about 51,000 tonnes of carbon emissions per year, supporting Ukraine’s renewable energy target” said Raymond Carlsen, CEO of Scatec Solar.

The project is realised under the country’s fixed Feed-in-Tariff scheme until 2030 and is expected to produce about 56 GWh per year. Public land has been leased for an extended time period and the plants are expected to deliver power also beyond the Feed-in-tariff period.

As per the deal that was announced last year, Scatec Solar owns 51 percent of the projects and Rengy Development will own the minority share. Moreover, Scatec is the Engineering, Procurement and Construction (EPC) services provider and will now provide operation & maintenance along with asset management services to the power plants.

The company has recently also announced that it has reached a major milestone, with its operational asset portfolio exceeding the 1 GW mark. In addition, the company has nearly 800 MW of solar projects currently under construction on four continents.

“We are proud to achieve the first GW in operation milestone, once again confirming the strong dedication by our team and partners to deliver solar power projects predictably. Our project backlog and pipeline exceed 5 GW, reflecting that we are strengthening our market position and expanding partnerships in key regions”, said Carlsen.

The 1 GW in operation will contribute to avoid about 1,460,000 tons of CO2 emissions annually and provide energy for more than 970,000 households.

In June, the company had announced that it had begun construction work on the 148 MW Progressovka solar project in Ukraine. The project will be realised in collaboration with PowerChina Guizhou Engineering Co. Ltd.

The project will be realised under Ukraine’s 10-year Feed-in-Tariff scheme and is expected to deliver about 187 GWh per year. The plant located in southern Ukraine will be providing clean energy for about 76,000 households and contribute to avoiding about 150,000 tonnes of carbon emissions per year.