Scatec Solar has commissioned its 3rd solar power plant in Malaysia, the 66 MW Merchang plant. It now has a total of 197 MW in operation in the country. 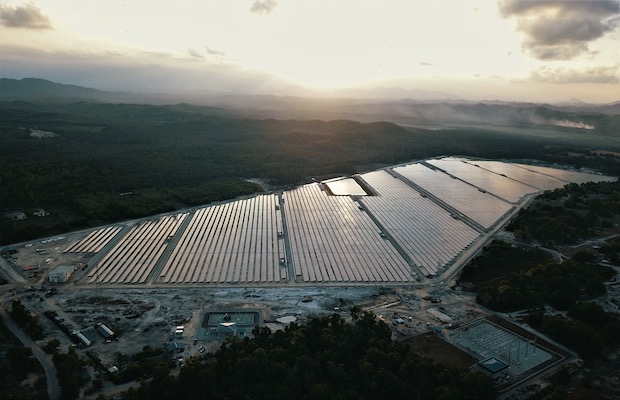 Scatec Solar and partners have grid-connected its third solar power plant in Malaysia, the 66 MW (DC) Merchang plant. The company now has a total of 197 MW in operation in the country.

“We are pleased to have reached another important milestone together with our partners in Malaysia. This also marks the completion of Scatec Solar’s first large scale solar project in South East Asia, a market where we are working on several interesting opportunities”, says Raymond Carlsen, CEO of Scatec Solar.

The Merchang plant is expected to provide about 94,000 MWh of electricity per year and the plant started to generate revenues 31 May 2019. The clean energy produced by the plant will contribute to avoid about 70,000 tonnes of carbon emissions per year and provide more than 31,000 households with electricity.

With grid connection of this power plant, Scatec Solar currently has plants with a total capacity of 911 MW in operation and another 993 MW under construction.

In June, we reported that the company had begun construction work on the 148 MW Progressovka solar project in Ukraine. The project will be realised in collaboration with PowerChina Guizhou Engineering Co. Ltd. that will provide construction financing and Engineering Procurement and Construction (EPC) services to the project in Ukraine, while Scatec Solar will be the equity investor and provide EPC management, Operation & Maintenance as well as Asset Management services.

In May, the Norwegian firm announced that it had partnered with MT Energy, a Vietnamese energy company, to develop, finance, construct and operate large-scale solar projects in Vietnam. The strategic collaboration agreement covers three projects located in Binh Phuoc, Quang Tri, and Nghe An provinces. The projects total 485 MW and are targeted to be realised under a new feed-in tariff regime that is expected to be launched later this year.