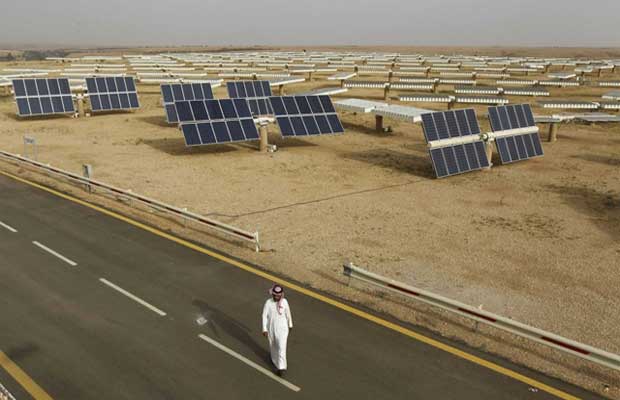 World’ top oil exporter Saudi Arabia has shortlisted 27 companies for its solar and wind power projects, as part of the first round of its renewable energy initiative

The Renewable Energy Project Development Office (REPDO) of Saudi Arabia’s Ministry of Energy, Industry and Mineral Resources has shortlisted a number of companies for the first round of its National Renewable Energy Program (NREP), consisting of 300 MW solar power tender.

Japanese companies Marubeni Corporation and Mitsui & Co., France’s EDF Energies Nouvelles and Saudi Acwa Power are among the firms which have qualified to bid for the 300 megawatt solar PV project in Sakaka, the Al Jouf Province in the north of the kingdom. The bidding companies have been shortlisted based on set parameters that ensure the bidders will be able to deliver utility-scale renewable energy projects.

Companies that have not qualified as either a managing or a technical member for round one can still be involved in both projects as part of a consortium formed by a qualified managing member and technical member. The shortlisted companies have been selected from 128 total applications. The request for qualification (RFQ) period closed on March 20th 2017.

“The market response to the Kingdom’s invitation to its first renewable energy projects has been overwhelmingly positive, demonstrating market confidence in our vast renewable energy potential and investment environment” said His Excellency, Khalid Al Falih, Minister of Energy, Industry and Mineral Resources. “The shortlisting represents the first step towards realizing our renewable energy ambitions,” continued H.E Al Falih. “We look forward to engage more with these leading private developers during the next phase of the procurement process to demonstrate the value that they may bring to the Kingdom.

The two-day event will feature a keynote address from the Minister, followed by further keynotes by H.E Adnan Amin, Director General of the International Renewable Energy Agency (IRENA) and Dr. Ernest Moniz, former US Secretary of Energy ,who was responsible for implementing the US Clean Power Plan.

SAREIF will also feature several other prominent representatives of the Kingdom’s energy community including H.E Mohammed Al Jasser the Chairman of the Electricity & Cogeneration Regulatory Authority, H.E Hashim Yamani the President of King Abdullah Center for Atomic and Renewable Energy, H.E Abdullah Al Shehri the Governor of the Electricity & Cogeneration Regulatory Authority. The event will mark a key moment in Saudi Arabia’s progress towards energy diversification, helping to catalyze investment in the long-term program by facilitating dialogue between policy makers, developers, investors and academics from the region and around the world.