RK Singh has detailed the amount of funds released by the centre for the development of ultra mega solar parks in India over the last four financial years. 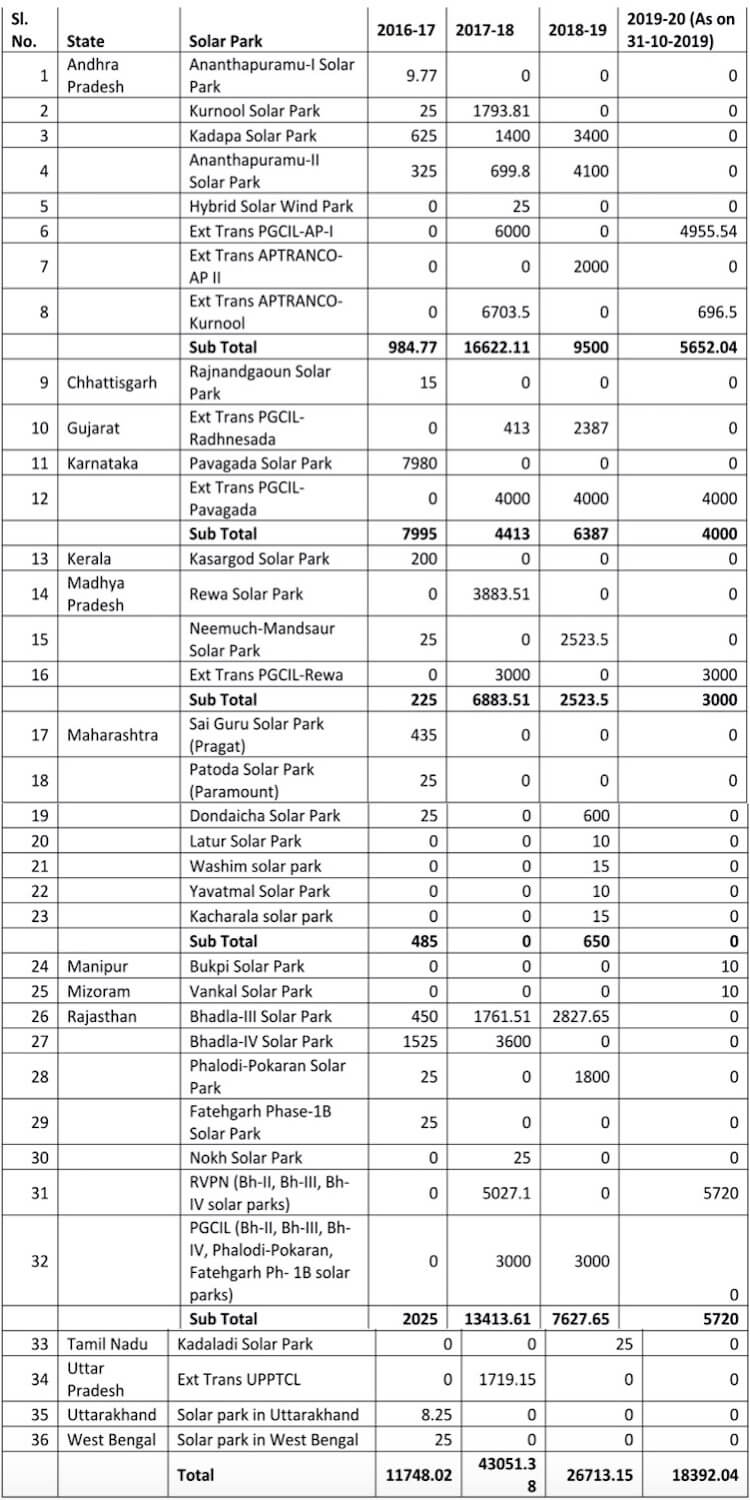 In his reply to a question on solar power production across states, Union Minister for Power, News & Renewable Energy and Skill Development and Entrepreneurship RK Singh, shared some very interesting data in parliament recently. In one of his responses, the minister detailed the amount of funds released by the centre for the development of ultra mega solar parks in the country over the last four financial years.

According to the data provided by the minister, as of October 31, 2019, Rs 132.92 crore in funds has been issued for the development of such projects in the country.

The minister has also informed the parliament that as of October 31, 2019, the total grid-connected solar power generation capacity of the country now stands at 31,696 MW. The Minister has also pointed out that solar projects worth 17,998 MW capacity are at various stages of installations and that tenders for 36,278 MW capacity projects have been already issued. Additionally, the ministry also informed that new tenders of around 15,000 MW are planned in the remaining period of 2019-20 and 2020-21 and that with all these developments the country is on course for achieving its 100 GW solar target.

In another response, the Singh revealed the top states based on the installed solar generational capacity over the last four financial years. As per the data, from 2016-17 to the latest figures, Karnataka goes roaring upto the no. 1 rank, from no. 9 in 2016-17. Its a ranking, it will probably retain by the end of the year too.

Andhra Pradesh, which has retained its no. 4 ranking, should be cause for worry, with Tamil Nadu providing a much better environment for developers at the moment. Of course, Uttar Pradesh, which has moved from the production of 230 million units to 1192 in 2018-19, is the other state that would have surprised observers, with its massive jump. And the continued potential to keep moving up.