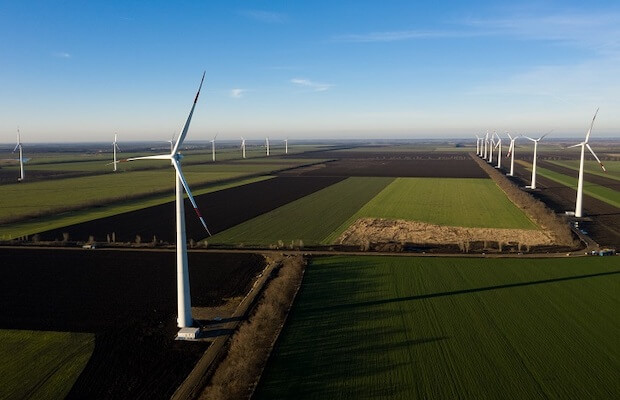 The largest wind farm in Russia has begun supplying electric power and capacity to the Wholesale Electricity and Capacity Market. The Adygea Wind Warm is the first completed project of NovaWind JSC (the ROSATOM division responsible for wind energy projects). The project with a total capacity of 150 MW consists of 60 wind turbines. Localisation degree of facility equipment confirmed by the Ministry of Industry and Trade of the Russian Federation is 65 percent.

Rosatom is a system integrator that effectively accomplishes a full range of tasks, such as designing wind farms, making its own production of wind turbine components, managing the supply chain and logistics of components to the site, subsequent service and operation. It is currently implementing a program for wind farm construction at four more sites in the Stavropol Kray and the Rostov Region. The next largest wind farm with an installed capacity of 210 MW will appear in the Kochubeyevsky district of the Stavropol Kray. Overall, by 2023, the firm will install 1 GW of wind farms.

Rosatom, is a state-backed nuclear specialist from Russia, which has morphed into a global firm with huge nuclear ambitions. It is one of the largest companies in Russia, and it is also implementing the Kudankulam power plant in India, besides a 67% share of the world construction market for nuclear plants currently.

In December 2019, we had reported that the Fortum-Rusnano wind investment fund has announced that it has taken the investment decision for two wind energy projects in Russia, worth a combined generational capacity of 250 MW. The first and more recent investment decision has been taken for a 50-megawatt (MW) wind power project in the Rostov region, Russia. It is the fifth project of the total 1,823 MW awarded to the fund in the Russian wind auction in 2017 and 2018.

Pursuant to which, Vestas had announced later in that month that it had been awarded an order for 252 MW for three wind energy projects in Russia from WEDF (Wind Energy Development Fund), a joint investment fund created on a parity basis by PJSC Fortum and JSC RUSNANO. Located in the Kalmykiya and the Rostov region, the projects will comprise of 60 (V126-4.2 MW) wind turbines.