Fortum Gets Award for Renewable Energy Promotion in Russia

This event was a part of the Russian Energy Week, an international forum in Moscow, and is supported by the Russian Ministry of Energy. 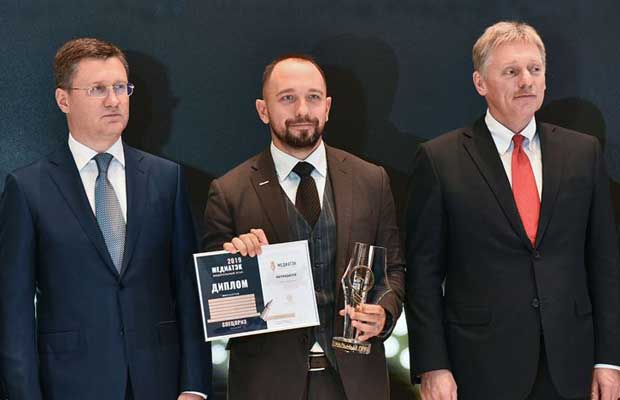 Finnish state-owned energy company Fortum has been awarded with a prize in MediaTEK, a national contest for communications and media in the energy sector, for building awareness for renewable energy development in Russia.

This event was a part of the Russian Energy Week, an international forum in Moscow, and is supported by the Russian Ministry of Energy.

Further, the special jury prize has been given to Denis Litoshik, Communications & PR Director, Fortum Russia.

At the award ceremony, Press Secretary for the President of Russia Dmitriy Peskov and Minister of Energy of Russia Alexander Novak were also present.

Fortum is among the frontrunners in developing renewable energy in the country.

Last year in the month of January, it has commissioned first commercial-scale wind farm in Russia i.e. Ulyanovsk Wind Farm 1 with an installed capacity of 35 MW.

Earlier in the last two years, the two companies had established Wind Energy Development Fund (WEDF) on a parity basis which obtained the right to build almost 1,823 MW of wind energy generation.

Moreover, wind farms are likely to be commissioned between 2019 and 2023. The first project completed by WEDF was Ulyanovsk Wind Farm 2 which commenced supplying power to the Wholesale Electricity and Capacity Market (WECM) in January 2019. The plant is having a power generation capacity of 50 MW.

Last year, Fortum had also secured the right to build 115.6 MW of solar power generation under the competitive selection of RES investment projects.

Meanwhile, these solar power plants are expected to be commissioned in between 2021 and 2022.