The Austrian Foreign Minister has said that it now makes sense to rethink the renewable-only energy future. 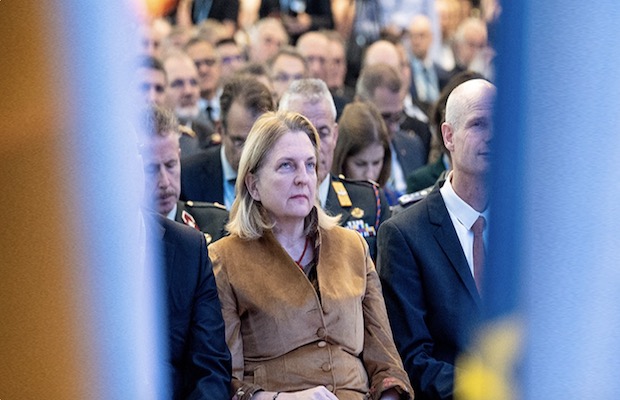 Austrian Foreign Minister Karin Kneissl has said that it now makes sense to rethink the renewable-only energy future because, in the process of aiming too high, the countries run the risk of missing their targets of socially acceptable energy transition.

“It makes sense to rethink the ‘renewable-only’ energy future, if I may put it like that. I hope I won’t be completely misunderstood but this is a little bit of thought-provoking approach,” Kneissl said while speaking on the topic of “The future of Global Energy in-between Oil, Gas and Renewables” at an event organised by the Observer Research Foundation in new Delhi last week.

“If we aim too high, we run the risk to miss our target, mainly a socially acceptable energy transition. We have to take into consideration the technical and economic constraints, not to mention social ones. Gas might be an important bridge fuel, maybe clean gas with the help of new technologies,” she added.

Talking about various new technologies – related to renewable energy – which are being studied across the world, she said, “they still need research and they need time”.

She said, “I hope that we will spend more of our political energy, in particular in Europe, on research and innovation and not waste time and money and nerves on other topics that are currently on top of our agenda.”

Stating that every year Austrians pay around 800 million euros as “green electricity gas” taxes, the minister added, “It amounts to around 800 euros per capita… Otherwise, renewable energy sources would not be available for the same extent”.

“This is a consideration for consumers and economy. For an average family of about four people, we talk of about 3,600 dollars per year. So Austria, a highly industrialised country can barely afford the energy transition, the obvious question is how will others manage to do it?” she added.

The minister said the world needs a “bridge fuel” even as it moves toward sustainable energy.

“Until renewable efficiency measures, storage possibilities and new technologies are developed sufficiently to reach climate goals and are affordable for the broader public, the answer – and I have already underlined this – might lay in natural gas as an alternative,” she said.

“Natural gas is the bridge fuel for the future. There are many different technologies that are being explored these days that might help make it even cleaner and a proper solution when it comes to emissions,” she said.