With Global Solar Capacity crossing 600 GW this year, the industry can no longer afford to ignore the issue of recycling faulty or retiring solar panels. 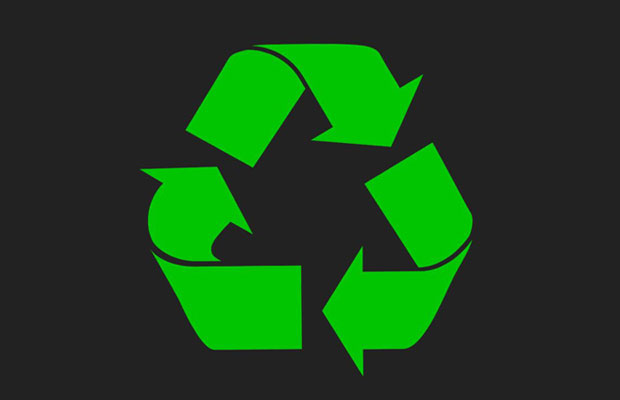 The 600 GW milestone for solar might have passed by unannounced this year, but it is a huge milestone, and 2020 might still end with close to 650 GW of capacity worldwide. This, when global capacity was barely 42 GW at the end of 2010, according to IRENA.

This growth was powered by two factors.The first is obviously the drop in prices. Renewables Agency IRENA, in a recent report put this down in clear numbers, saying that the levelized cost of energy generated by large scale solar plants is around $0.068/kWh, compared to $0.378 ten years ago. That’s an 82 percent drop in the last 10 years. For India, the price drop was a vital factor in upping solar targets exponentially.

The second big factor is efficiency. With scale manufacturing, firms have invested ever higher amounts in research, turning out bigger, more efficient panels  over the years. From poly crystalline to mono crystalline to bifacials and possibly perovskite cells in the not too distant future, the industry has been changing very fast. Efficiency, defined as the portion of energy in the form of sunlight that can be converted via photovoltaics into electricity by the solar cell, has also followed a broadly similar path. From an efficiency level of 9-10 percent in 2010, large tenders today routinely demand CUF or Capacity Utilisation factor of over 25 percent today. Even rooftop solar has cells that promise efficiency of between 17 to 22 percent.

What this means is that as the oldest solar plants reach their end of life, the big issue of recycling will finally take centre stage, as the huge new capacities planned come online. Solving that challenge is key for the future growth and well being of the sector and the environment. The presence of hazardous metals like lead and tin, which can enter the food chain if allowed to leak into the ground at landfills, makes it an issue that can have serious consequences if left unattended for too long now. For India, with its renewed focus on manufacturing now, it might be a good time to consider planning for safe disposal now.

Not fixing the recycling issue could result in 60 million tonnes of solar panels in landfills by 2050, by one estimate. On the other hand, fixing it well could mean 2 billion panels that could be recycled for use again. The typical solar panel, made up of aluminum, plastic, glass, silicon and other metals, is chopped and crushed after the frame, cables and junction box have been removed.

In fact, many developers are choosing to replace panels in plants barely 5-7 years old, with the far more energy efficient panels available today, especially where the energy is being sold directly to buyers, and not the grid. While smart from an ROI perspective possibly, this take away the advantages of the potential panel life of 25-30 years, adding to the recycling problem.

Europe remains the leader when it comes to regulation and clear messaging on recycling today. PV Cycle, a European Union body, came up with a figure of 94.7 percent in February this year, as the amount that could be recycled in a solar panel. This is very good news, as EU regulations require 85% collection and 80% recycling of the materials used in PV panels, under the Waste Electrical and Electronic Equipment (WEEE) Directive, that included solar products from 2012. That probably happened because the US and Europe were some of the biggest markets for solar products through the 1990’s, which have started, and will come up for recycling now. That gives European firms already invested something they needed to drive costs and efficiencies lower. Volumes.

China, the biggest manufacturing hub for Solar equipment today, is also finally moving to tackle the issue, as its own installed solar base reaches towards 300 GW. Leading manufacturers, working on their own, or in partnership with state owned firms are researching the issue, and making steady progress. Keep in mind that recycling too, has to meet a critical objective of being cost effective to do. Lower volumes available across regions right now means that establishing recycling at scale to bring down costs is still a challenge.

A report released by the International Energy Agency’s Photovoltaic Power Systems Program in January 2018 – End-of‐Life Management of Photovoltaic Panels: Trends in PV Module Recycling Technologies – reported that 178 PV recycling patents had been filed. Of those, 128 focused on the older crystalline silicon (c-Si) technology and another 44 were for compound technologies, including thin film modules. Almost half the patents originated in China.

The typical module, made up of glass (75%), polymer (10%), aluminum (8%), silicon (5%), copper (1%) and small amounts of silver, tin, lead, and other metals  offers a recycling industry opportunity worth billions, and needs to be seen as such.

Handled responsibly, the recycling market could make solar the classic circular economy, providing raw materials for the next generation of panels, and creating more jobs in the sector too. A high recycling rate that can be established economically in the near future, will do more to support the growth of the sector for its next growth phase than the tool used thus far and reaching its own end of life, subsidies.