In its latest onshore wind auction, Greece has awarded 20-year contracts for more than 472 MW of onshore projects, including one at a new record low price. 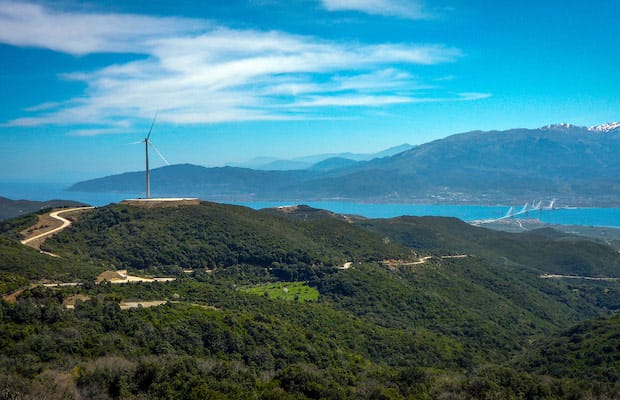 In its latest onshore wind auction, Greece has awarded 20-year contracts for more than 472 MW of onshore wind energy projects, including one at a new record low price. Greek project developer Ascent Power was successful with its bid of EUR 53.86/MWh which now holds the record for the lowest ever bid in a Greek onshore wind auction.

This bid, as per WindEurope, continues the latest cost reduction trend with the previous record also set in a wind energy tender concluded earlier in the year.

With a total of 15 projects awarded, the prices of all successful bids ranged between EUR 53.86/MWh and EUR 57.70/MWh with a weighted average of EUR 55.67/MWh. In terms of geographical distribution, most capacity was awarded to Arcadia in southern Greece (102 MW), followed by Boeotia in central Greece (94.5 MW), and Kozani in the north (81.6 MW).

It has also been reported that the interest in the tender round was much greater than the last few rounds, with a total of 25 projects worth around 748 MW in generational capacity that were submitted in the bidding round. This interest indicates a higher level of competition than in previous tenders.

According to WindEurope’s latest publication “the impact of COVID-19 on Europe’s energy sector” Greece installed 287 MW of new capacity in the first six months of 2020. Total installations now stand at 3.9 GW. More than 14 percent of the European nations’ electricity demand was covered by onshore wind in the first half of the year.

According to the country’s National Energy and Climate Plan (NECP) it aims to increase its wind energy capacity to more than 7 GW and to reach a 35 percent share of renewables in final energy consumption by 2030.

In April, we had reported that in the country had awarded wind and solar projects worth 502.94 MW in a renewable energy tender round. And that the solar tariffs in the round had dropped to a record low of EUR 0.04911/kWh or Rs 4.03/kWh. The lowest tariff ever awarded to a renewable energy project in the country. The record-breaking tariff of Rs 4.03/kWh was recorded for a 200 MW solar project that will be built in Ptolemaida, a mining region in Greece’s Macedonia region.