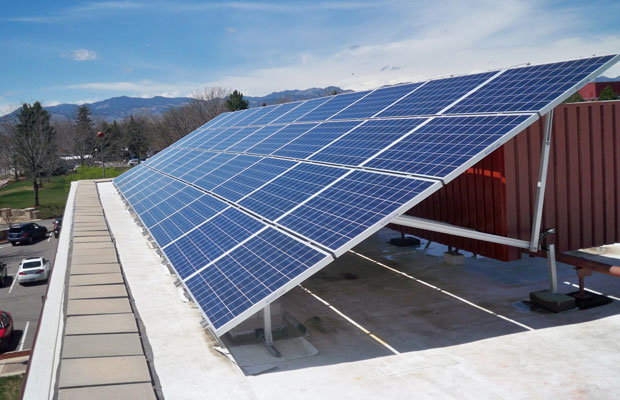 “We are interested in increasing the generation and consumption of renewable energy all over India. IIT Madras has great potential and expertise in this field and that is the reason we decided to support this particular project,” said Jayanthi.

The main objective of the project is installation of 2MW roof-top solar PV system in the academic and hostel zone of IIT Madras for power generation in order to reduce peak demand from the grid in the campus and also carbon footprint and dependency on non-renewable energy sources. The energy generated by the solar panels will go to a centralized grid from where it will be distributed across campus.

“IIT Madras already has 1.1MW solar panels installed on the campus rooftops. This will further help in reducing our dependency on conventional sources of energy,” said Balasubramanian.

The installation of the solar panel is expected to take around 15 months. IIT Madras currently has CSR activities supported by over 20 companies.