Home » News » Railways to save Rs 41,000 crore in next 10 years on energy on account of its thrust on solar power generation

Railways to save Rs 41,000 crore in next 10 years on energy on account of its thrust on solar power generation 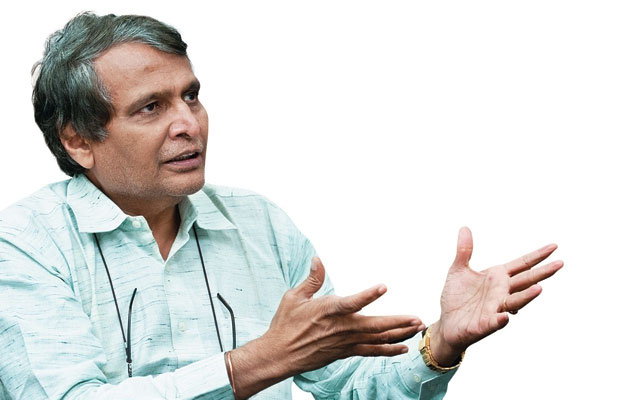 “Railways is committed to reach the target of generating 1,000 MW solar power across the country in the coming years”

Union minister Suresh Prabhu recently said the railways will save Rs 41,000 crore in the next 10 years on energy cost on account of its thrust on solar power generation and electrification.

“In the next 10 years, the railways will save Rs 41,000 crore in energy. By electrification, we will reduce diesel consumption. Solar generation will help the environment too,” Prabhu said at a function.

The railway minister informed that only 42 per cent of railway tracks across India have been electrified so far.

“In the next five years, we will double it. We have the funding and have already started awarding contracts to new agencies. It will reduce cost and increase efficiency,” he said.

On power generation, Prabhu said the railways is committed to reach the target of generating 1,000 MW solar power across the country in the coming years.

“Work is on to achieve the target. We will also focus on having LED lamps in railways,” he said, adding the initiative will reduce carbon footprint and benefit the whole world.

Prabhu launched the work on electrification of the Raninagar-Jalpaiguri-New Bongaigaon-Guwahati railway route, which is being done by the Rail Vikas Nigam Ltd at a total cost of Rs 655.55 crore.

Besides, the minister commissioned a 700 KWP solar power plant in Guwahati, set up at a cost of Rs 6.78 crore.

Talking about overall work done by the railways in the northeast, Prabhu said Rs 19,000 crore has been spent in the region in the last three years.

“In this region, all metre gauge lines will be upgraded to broad gauge in coming years. Work has started. We have sanctioned doubling of 16,500 km tracks,” he said.

Prabhu said the northeast has the potential of becoming the hub of the South East Asia network and the railways will develop the region accordingly.

A reverse osmosis water treatment plant and a computerised reservation charting system at New Tinsukia station were inaugurated by him.

Prabhu informed that the railways will install two lakh digital display network in India and it will be the largest in the world.