QTS has purchased environmental attributes from Rio Bravo Wind in Starr County, Texas and Radford’s Run Wind Farm in Macon County, IlI to equal 100% of the projected power consumption of the data centers. 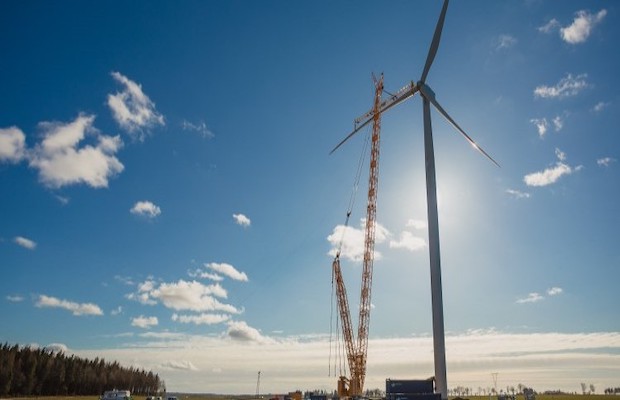 QTS Realty Trust, a leading provider of hybrid colocation and megascale data center solutions has announced that, together with Citigroup Energy Inc. and Calpine Energy Solutions, LLC, it has signed a 10-year agreement to purchase renewable energy equal to the expected electricity needs of the Company’s data centers in Chicago, Ill. and Piscataway, N.J.

Under the agreement, QTS purchased environmental attributes from Rio Bravo Wind in Starr County, Texas equal to 100% of the projected power consumption of the data centers. In addition, the agreement provides that an equivalent amount of financial energy has been purchased from the Radford’s Run Wind Farm in Macon County, Ill. The Radford’s Run Wind Farm is owned by E.ON Climate and Renewables North America, LLC. The Rio Bravo Wind is owned by Rio Bravo Windpower, LLC.

QTS’ commitment to procure 100% of its power from renewable energy sources by 2025 was announced in conjunction with its recently published 2018 Environmental, Social and Governance (ESG) Initiatives Report – a first for the Company and one of the first in the data center industry.

“Today’s announcement is another significant step towards our goal of procuring 100% of our power from renewable energy sources by 2025,” said Travis Wright, Vice President Energy and Sustainability, QTS. “Renewable energy is a critical component of our comprehensive sustainability program that we document and report on publicly. As a leader in the data center industry, we are committed to minimizing our carbon footprint through advanced development and procurement initiatives.”

The company now has three mega data centers procuring 100% of their energy from renewable sources, including its data centers in Chicago, Piscataway and Irving, TX.

In January, In an attempt to match its energy-use with 100 percent carbon-free energy, Google announced that it wants the electricity consumed by its new data centers in Tennessee, and Alabama, to be matched with 100 percent renewable energy from the very first day. And to realize this goal, the global giant struck a multi-year deal with the Tennessee Valley Authority to purchase output from several new solar farms, which will total 413 megawatts of power from 1.6 million solar panels – the equivalent of 65,000 home rooftop solar systems.