Home » News » With India’s Renewable Power Capacity Battle Won, Is It Time To Focus On Generation?

With India’s Renewable Power Capacity Battle Won, Is It Time To Focus On Generation?

In response to a query in the ongoing monsoon session of parliament, Power and MNRE Minister R.K. Singh informed the house that India’s renewable energy capacity, including installed, under installation and being tied up, stands at almost 97 GW as of June 30, 2021. This mix includes solar, wind, biomass and small hydel. Add to this large hydel projects, and total non fossil fuel capacity goes up further. 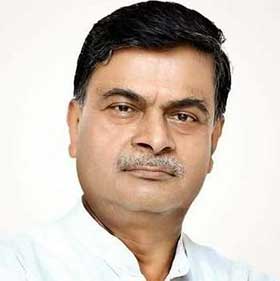 As on June 30, the total non-fossil fuel based generation capacity stood at 150 GW, which is 39% of the total installed installed capacity of 385 GW. That 39 percent figure is also just a shade under the 40 percent target the country set itself as part of the Paris accord NDC (nationally determined contribution).

However, the time has come to ask, should this focus on capacity now shift to generation? Because quite simply, the figures for generation are nothing to write home about, and without Large Hydel, would look very small in front of the same G7 countries the minister loves to remind to do more. Thanks largely to nuclear and for the past few years, offshore and onshore wind, the share of renewables in generation for the developed word has galloped ahead, even as they have cut down on their thermal emissions. Also, with every megawatt of thermal that is replaced, needing 3-4 MW of renewable capacity addition due to lower capacity utilisation factors, focusing  on capacity creation really seems to be a case of collective global delusion. It might be time to change that now.

If we consider the generation numbers from the Central Electricity Authority (CEA), with numbers available till February, the share of renewables without large hydro is barely 10 percent of total generation. This is a figure that would have gone lower in subsequent months, as demand ramped up in the summer months. Proof is also visible in the higher PLF (Plant load factors) shared by most thermal generators, notably NTPC, for the April-June period. Add in large hydro as renewable, and we still have the total share of renewables in generation hovering around 16-19%. The final figure for 2018 was in fact 17.1%. Post monsoons, this number is likely to creep up to as high as 19-20 percent, as hydro generation picks up. In fact, even official projections place share of renewables in total generation at 24 percent by 2030. This is simply too low when one considers how it plays on the impact of other critical transitions, like the move to have Electric vehicles, for instance. An EV that is powered by a high mix of fossil fuel powered electricity is that much further from making a serious contribution to the environment.

Considering the changed situation since the Paris accord, when almost no country expected solar costs for instance to drop as they have, or wind and offshore to make the kind of strides, there is a strong case, and a 100 percent possibility, that pressure to do more will be exerted soon. We are already seeing the beginnings of that with measures like the carbon tax that the European Union has proposed for countries that do not do enough in its view to mitigate emissions. However unfair it might seem to India, the reality of accelerating climate impact means that we simply need to do more, whether on our own or under pressure from the developed world.

In a sector that has so many changes in the past decade, it is not unseemly to imagine that nuclear power for instance, consciously ignored despite its large contribution to lower emissions in the developed world, might still be making a comeback of sorts by 2025, as ever safer, more compact technologies hit markets.

For India, shifting into higher gear simply means getting the basics right. Passage of the much awaited Electricity (Amendment) Bill in this session as promised, would have been a good start.

But even without that, simple issues like bringing in a policy that enables repowering of old wind energy capacity (potentially adding 10 GW plus to Wind capacity and generation) can do wonders to speed up our transition faster on the generation side.

Solar finally seems set for an extended run after over 3 years of stop and start movements, that have seen us struggle to beat the peak installation figures of 2017-18. The government needs to ensure it happens, by ensuring correct measures like retiring old thermal plants are not stymied in any way going ahead.

India Needs to Generate 83% Electricity From RE to Achieve Net-Zero Emissions by 2050: CEEW
Also Read

It is good to see critical bridges for renewables, like large storage start to get the attention they deserve now. Perhaps now would be a good time for Mr Modi and his government to declare a new target for India. 40 percent generation from renewable energy by 2030, anyone?