The PM Modi review meeting lasted for two hours and was attended by top officials from infrastructure-related Ministries, NITI Aayog, and PMO. 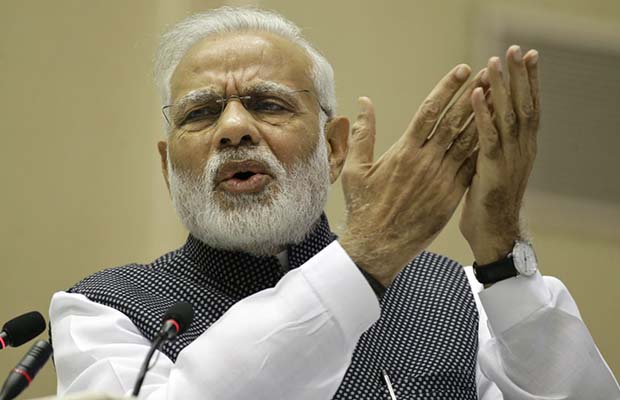 The review meeting lasting for two hours was attended by top officials from infrastructure-related Ministries, NITI Aayog, and PMO.

In course of the presentation made by CEO NITI Aayog, Shri Amitabh Kant, it was noted that the installed power generation capacity in India has risen to 344 GW. India’s energy deficit, which stood at over 4 per cent in 2014, has shrunk to less than 1 per cent in 2018.

Significant capacity additions have been made in transmission lines, transformer capacity, and inter-regional transmission. India now ranks 26th in the World Bank‘s “Ease of Getting Electricity” Index, up from 99th in 2014. Progress in household electrification under the SAUBHAGYA initiative, was reviewed.

Discussions also focused on last mile connectivity and distribution, in both urban and rural areas.

According to the report, Discussions also focused on last mile connectivity and distribution, in both urban and rural areas. In the new and renewable energy sector, cumulative installed capacity has nearly doubled, from 35.5 GW in 2013-14, to about 70 GW in 2017-18. In solar energy, installed capacity has increased from 2.6 GW to 22 GW in the same period.

Further, Officials expressed confidence that India is on track to comfortably achieve the Prime Minister’s target of 175 GW renewable energy capacity by 2022.

The PM also urged the officials to ensure the supply of benefits of the use of solar energy to the farmers through appropriate interventions such as solar pumps, and user-friendly solar cooking solutions.