Ørsted CEO Henrik Poulsen Resigns After 8 Years at the Helm

After eight years in the role, Henrik Poulsen has resigned from his position as CEO of Ørsted, will continue as CEO until January 31, 2021, at the latest. 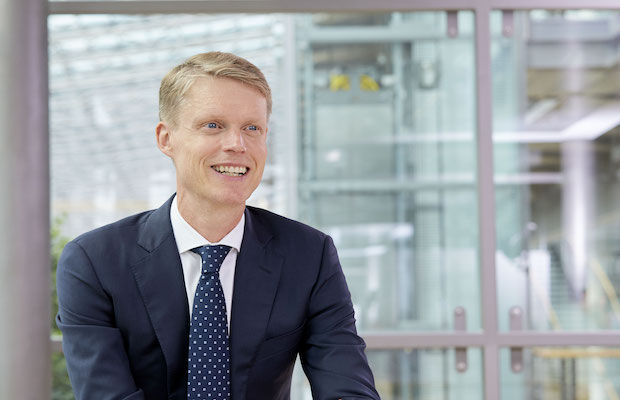 After eight years in the role, Henrik Poulsen has resigned from his position as CEO of Ørsted on June 15, 2020. He will continue as CEO of Ørsted until January 31, 2021, at the latest. The Board of Directors has initiated a process to identify the firms’ next CEO. Poulsen will be nominated for the company’s Board of Directors at the next annual general meeting (AGM) in March 2021.

Poulsen said it has been an incredible ride over the past eight years, and that he has a tremendous amount of affection for Ørsted, its vision, and not least its people. Together, we’ve transformed a Danish utility predominantly based on fossil fuels into a global leader in green energy, which was ranked as the world’s most sustainable company earlier this year. In the process, we’ve increased the market value of the company by several hundred percent.

“We’re now at a point where the transformation is completed, and we’ve built a strong platform for global growth. I’ve concluded that it’s the right time for me to step down and free up time to pursue other challenges. It’s been difficult to reach this conclusion, but it’s nonetheless the right decision. I owe a lot of gratitude to the Board of Directors and Group Executive Management for their support and confidence – and to all Ørsted team members for what they’ve done for the company during my tenure.”

Thomas Thune Andersen, Chairman of the Board of Directors, said “Henrik has led a profound and highly successful transformation of Ørsted over the past eight years, and on behalf of the Board, I’d like to express our sincere gratitude and appreciation for the remarkable results he’s spearheaded together with the entire Ørsted team. We regret his decision to resign as CEO of Ørsted, but we, of course, respect his wish to free up more time for other activities. We’re pleased that Henrik has accepted our offer to nominate him for Ørsted’s Board of Directors at the AGM in March 2021. An appointment to the Board will ensure that his vision, skills, and industry experience remain available to Ørsted, and it will provide a strong continuity in the governance and management of the company.”

“With Henrik’s decision to step down as CEO by January 31, 2021, at the latest, the Board of Directors has initiated a process to identify the next CEO of Ørsted. The Board will evaluate both internal and external candidates, with a focus on finding the best candidate for the job. We’ll make an announcement once the process has been completed,” he added.

Poulsen said that he has not made any decision yet about his future plans. “I’ll find other challenges where I can make a contribution. Time will show where, when, and what type of role. Before opening a new door, I want to make sure that I leave my current role in an orderly fashion and without missing a beat. For now, my focus will remain solely on Ørsted.”