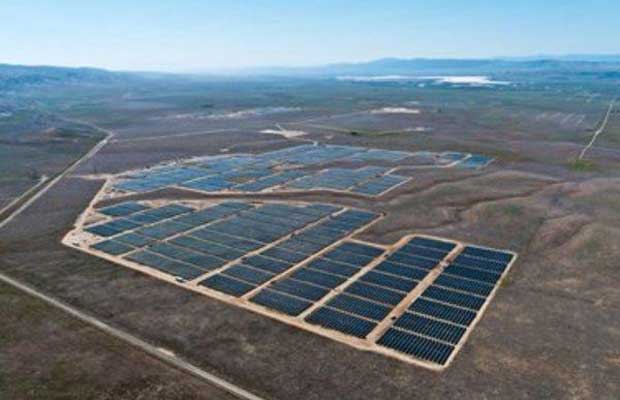 SunPower will design and build a SunPower Oasis Power Plant system at the Covington site, while OG&E will own the renewable energy credits associated with the system.

“The Covington project is a continuation of our successful pilot initiative, which launched with 2.5-megawatt solar facility in Mustang, Oklahoma, in 2015,” said OG&E Chief Operating Officer Keith Mitchell.

SunPower will design and build a SunPower Oasis Power Plant system at the Covington site. The Oasis system is a complete power plant solution that installs quickly to maximize value for customers. Product features include 50 percent fewer parts than conventional solar plant systems, an integrated solar tracker design that streamlines construction and reduces operations and maintenance costs, and cost-effective, high efficiency SunPower P-Series solar panels, which produce more energy than conventional solar panels over the lifetime of the system.

“At the 80-acre site, SunPower Oasis Power Plant technology and SunPower P-Series solar panels will optimize the cost-competitive solar power generated for OG&E customers,” said Tom Werner, SunPower president and CEO. “We commend OG&E for its commitment to including solar in its energy mix, and for selecting high performance SunPower technology to ensure reliable, long-term return on investment.”

SunPower will provide operations and maintenance services once the plant begins commercial operation, which is expected in early 2018.

The Covington solar plant is anticipated to generate enough electricity to serve the needs of over 1,000 average Oklahoma homes, based on estimates provided by the Solar Energy Industries Association.

OG&E will own the renewable energy credits associated with the system.

Pledges to Be Carbon Neutral by Japan, South Korea To Ens...

Avaada Gets Relief at APTEL Against CERC Order for Mahara...

At Energy Forum, US Offers Perovskite Manufacturing To In...