Home » News » India has Offshore Wind Potential of 67 GW off the Coast of Tamil Nadu, Gujarat

India has Offshore Wind Potential of 67 GW off the Coast of Tamil Nadu, Gujarat

Based on the preliminary studies carried out by the National Institute of Wind Energy (NIWE) in collaboration with various multilateral agencies, the Government has identified eight zones each off the coast of Gujarat and Tamil Nadu as potential offshore wind energy zones, Union Minister for Power and New and Renewable Energy RK Singh has said.

Further adding that the National Institute of Wind Energy (NIWE), Chennai had commissioned a LiDAR (Light Detection and Ranging) equipment in November 2017 for measurement of wind resources off the coast of Gujarat. Wind measurement data collection for two years has been completed and also validated with a ground-mounted wind monitoring station at Jafrabad, Gujarat. 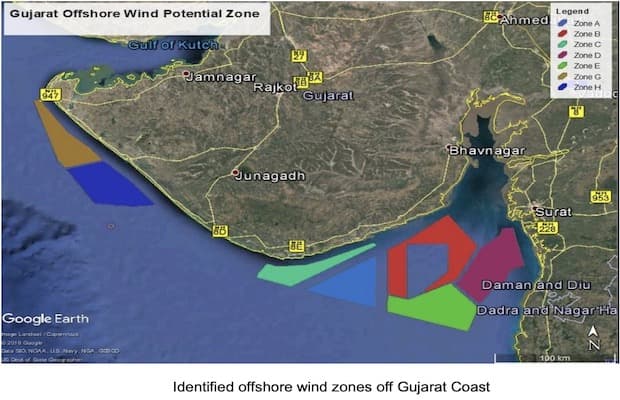 Further, it required a geophysical study for an area of about 365 sq. km has been completed along with geotechnical studies for five bore holes in the Gulf of Khambhat, off Gujarat Coast. A rapid Environment Impact Assessment study has also been conducted through the National Institute of Oceanography for proposed one GW offshore wind energy project off the Gujarat Coast.

Answering the question on the steps taken/being taken by the Government to develop offshore wind energy projects in Tamil Nadu, the minister said that “the Ministry of New and Renewable Energy (MNRE) has already allocated required budget to NIWE for installation/ commissioning of three LiDARs off the coast of Tamil Nadu in Gulf of Mannar for carrying out offshore wind measurements at specific locations along with geotechnical investigations. The installation of LiDAR off the Tamil Nadu coast could not be done in April 2018 because of opposition from the local fisherman community. NIWE has once again initiated the process of getting required clearances from various agencies for alternative locations.” 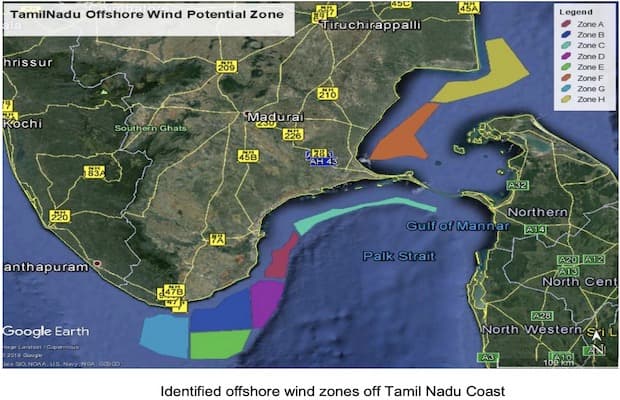 Recently, the minister had also announced that 2043 MW of new wind energy capacity has been installed in the country in the current fiscal year up until February 29, 2020.