From August 1, 2018, the varsity’s Girls’ and Boys’ hostel of NUSRL would be completely powered by the solar panels which will be inaugurated on the orientation ceremony for the next batch of the university. 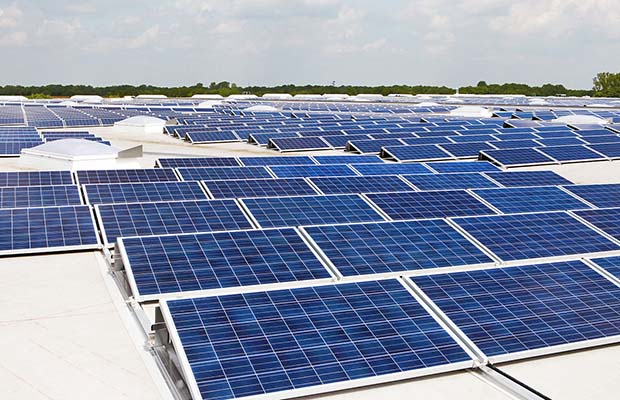 National University of Study and Research in Law (NUSRL), Jharkhand has become the first law university in the country to utilize solar energy to light up the campus spread over 63 acres of area.

The initiative is said to be a part of the university’s objective to seek eco-friendliness, cost-effectiveness, diverse application use and regular technical upgradation in the institute’s working.

Further, from August 1, 2018, the varsity’s Girls’ and Boys’ hostel would be completely powered by the solar panels which will be inaugurated on the orientation ceremony for the next batch of the university.

Assistant Registrar(In-charge), NUSRL, Dr. MRS Murthy while sharing the details on switching over from electricity to solar system with the Pioneer on Monday said that the attempt of installing solar panels within the university campus has been underway since December 2017. “After rounds of discussions with Jharkhand Renewal Energy Development Agency (JREDA) personnel, the installation task of solar plates was completed at the rooftop of girls’ hostel within a month (June 25 to July 28), and now the connectivity has been extended till Boys’ hostel.”

The university is the first among all the law universities in the country to install functional solar panels after several law schools of India conducted meeting with the Ministry of Renewable Energy seeking assistance for installing solar panels in December 2017.

After the first installation of the panels, around 300 rooms are believed to be run by the power generation.