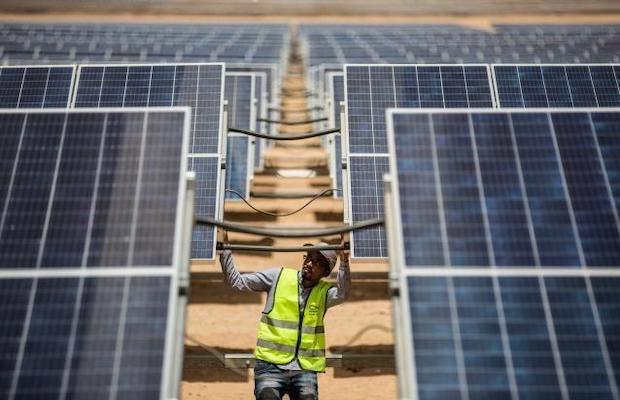 State-owned power utility NTPC Ltd. has announced that it is planning to set up an ultra-mega solar park in the Kutch region of Gujarat with an estimated capacity closing on 5 GW with an investment of more than Rs 20,000 crore.

NTPC chairman and managing director Gurdeep Singh told reporters, “we are looking at setting up an ultra-mega solar park in the Kutch and also one in Rajasthan. In the Kutch, we are planning to produce 5,000 MW at an investment of around Rs 4 crore per MW, taking the total investment to Rs 20,000 crore.”

“We are looking at two-three locations in the Kutch. We will invite others to invest as well.” He said the company is also looking at Rajasthan for setting up an ultra mega solar park. “But the amount of energy that will be produced and the quantum of investment required will be decided after the location is finalised.”

Further, he said NTPC is also planning to tie up with municipalities to produce electricity from solid waste.”Since last year we have been running a pilot project in Banaras in UP that converts bio-waste into electricity. Now we are planning to do a similar project with the East Delhi Municipal Corporation to produce 20 MW a day and we will float the tender over the next 30 months.”

Recently, the power utility had to reissue its 1200 MW solar tender after it was reported that its previous mega solar tender for 1200 MW of solar projects found no bidders. The first total rejection by project developers since the navratna state firm started inviting bids for renewable energy. It was expected that the firm will extend the deadline for the previous tender, however, it has now reissued the tender.

As per industry experts, since the cost of land is expected to be higher and radiation lower compared to those remote areas, the ceiling tariff, which was set at Rs 2.78 per unit, was perceived to be too low and hence no response was received.

The last date for bid submission on the new tender is September 2, 2019.