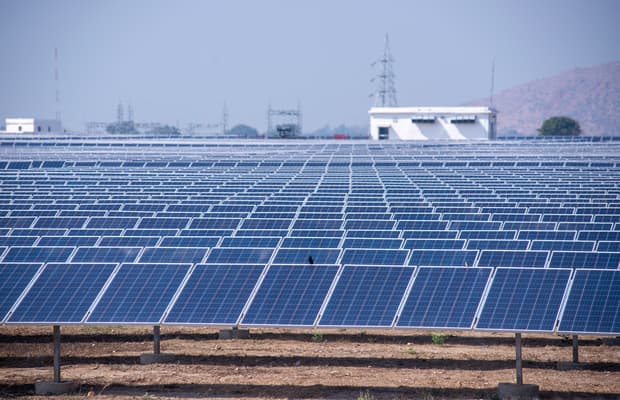 National Solar Energy Federation of India (NSEFI) has welcomed the Government of Gujarat Solar Power Policy 2021, where the Capacity Restriction of 50 percent of Contracted Demand has been withdrawn. However to promote the adoption of Solar power in the state, the non-profit has submitted a few suggestions which it believes will further boost and attract investment in the solar power sector.

At present, the state has a total solar power generation capacity of about 4000 MW.

The organisation has made the following suggestions:

Under the current Solar Power Policy 2021, Banking charges at the rate of Rs 1.50/kWh of banked power is levied over and above the fixed charges as per contracted/ sanctioned load and open access charges and losses.  HT consumers are levied with fixed charges costing more than Rs 1.0/kWh and transmission charges of about Rs 0.60/kWh.

NSEFI has requested the state government to continue with a levy of Banking charges @ 2 percent of Banked energy in kind.

The requirement of 100% Equity of Consumers for Captive status

This definition in the Solar Policy is in contradiction with the Electricity Rule 2005, which restricts the minimum requirement of equity to 26 percent in the power plant for the captive status.
Request.

NSEFI has requested the state government to adopt the requirement under Central Governments, Electricity Rule, 2005 of 26 percent equity in the power plant for captive status.

Due to the infirm nature of solar power and seasonal variation in a generation, banking should be allowed annually instead of 11 Hrs allowed in a day. Also, many Industrial consumers have demand which is infirm in nature and varies throughout the year depending on the consumption pattern, market condition, seasonality, etc.

NSEFI has requested the state government to allow annual banking with the additional banking charges.

Further clarification is requested, wherein the premise owned by the consumer, which is not under the same boundary wall but is nearby and which has been physically separated due to the road or physical obstructions.

NSEFI has requested the state government to allow the solar power plant under rooftop net metering at the premise of the consumer which is not within the premise where the connection is taken however can be connected through underground cables.

The organisation then went on to highlight the recent order by the APTEL (28.01.2021), wherein Tribunal has set aside the TNERC order withdrawing the banking facility, levy of additional banking charges, increase of cross-subsidy charges, increase of open access charges, imposition of other system charges.

The Tribunal in its order cited “we would not allow further ad hoc approach on the subject. We, thus, also direct that the State Commission shall not bring about changes in the rules for power banking (of the kind attempted through the non-speaking impugned decision) by any further order without undertaking a study based on requisite data properly gathered and analysed so as to draw informed conclusions about financial impact on various stakeholders. We are given to understand that there is sufficient time available for such study before the time for issuing fresh order on the subject for the next control period arrives. The work in this regard, thus, must begin forthwith and in right earnest. All stakeholders shall be duty-bound to cooperate for making the endeavour meaningful.”

In conclusion, the agency state that considering the recent order, and its suggestions the state government should adopt a rational approach instead of such Adhoc banking mechanism and issue suitable amendment/clarification on the above-mentioned provisions of the Solar Policy, to not only promote the solar power in the state but also reduction in the electricity cost to industries.

It believes that this will not only further promote investment in the manufacturing industry, but generate employment in the state and revenue to the exchequer in the form of Direct and Indirect tax.