NSEFI has written a letter to MNRE requesting the urgent release of payments to RE Developers having PPAs with AP Discoms.

National Solar Energy Federation of India (NSEFI) has written a letter to R.K. Singh, Minister of State (I/C) Power, New and Renewable Energy (MNRE) requesting the urgent release of payments to Renewable Energy (RE) Developers. The payments of RE Developers having PPAs with AP DISCOMs by Power Finance Corporation (PFC) and Rural Electrification Corporation (REC) under Atmanirbhar Bharat Abhiyan scheme for DISCOMs are yet to receive payments which are pending since April 2020. 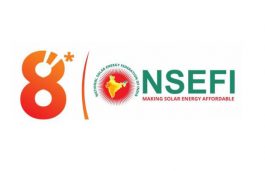 NSEFI, a non-profit organization with the objective of solar power development, wrote in the letter, “The Government of Andhra Pradesh had made the request to PFC and REC to disburse an additional amount of loan to the State under Tranche – I for repayment to REdevelopers. However, we understand that the same is pending for a few months already and RE developers are yet to receive payments which are pending since April 2020.”

“Our members have not been paid as full tariff agreed under the Power Purchase Agreement (“PPA”) for the electricity supplied since August 2018. The payments were received at less than 50% of the agreed tariff from almost two years, and that too with a delay of almost a year,” it added.

Earlier in 2019, the Andhra Pradesh High Court has directed Discoms to pay an interim tariff of Rs 2.43/kWh and Rs 2.44/kWh to wind and solar developers respectively. That interim tariff provided a slight relief to the project developers, it was not enough to service debt, and not receiving this interim tariff on time is endangering International and domestic investments, as NSEFI asserted. NSEFI Payments to RE Developers

This delay in payments to the developers has caused financial distress to their members and threatens the project operations, including payment of debts against the project, salaries to its employees, and other financial obligations as renewable companies are unable to service their debt obligations to lenders.

Additionally, the Indian banking system is at the risk of suffering NPAs to the tune of Rs.15,000-18,000 Crores due to this delay, according to the NSEFI. This could increase the share of non-performing assets in the entire banking system.

The Government of India infused liquidity of Rs 90,000 crore through PFC and REC to all States/UTs to assist the stressed DISCOMs to clear their liabilities as a part of the Atmanirbhar Bharat Abhiyan, who are waiting for their payments yet.