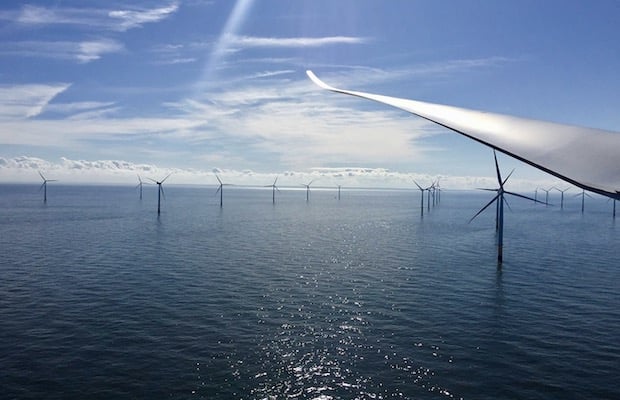 Energy Ministers from North Seas countries have agreed to their 2020 Work Programme on offshore wind deployment as a means of reaching climate neutrality by 2050. The 10 North Seas Energy Cooperation countries – Belgium, Denmark, France, Germany, Ireland, Luxembourg, the Netherlands, Norway, Sweden and the UK – have agreed at their Ministerial meeting in Esbjerg in June 2019 to broaden the scope of their cooperation. Their 2020 Work Programme now elaborates what they intend to do together on maritime spatial planning, electricity grids and developing hybrid and joint offshore wind farms.

The 10 countries have committed to assessing the current framework for offshore wind farms that have a grid connection to more than one country and identifying possible obstacles. Such “hybrid” projects will be key in pooling assets and infrastructure together and reduce the costs of deploying offshore wind.

The countries have also recognised that space in the North Seas is “finite” and will collaborate on maritime spatial planning to “be able to utilise the energy potential of the North Seas”. The countries will better coordinate the planning and development offshore (and onshore) electricity grid expansion in order to facilitate the expansion of offshore wind. And will develop “concrete plans” for potential joint cross-border offshore wind farms that “generate benefits for all participating parties.”

Offshore wind will be vital for Europe to deliver on its decarbonisation goals. The European Commission has stated that 230-450 of offshore wind will be necessary to deliver climate neutrality by 2050. A new report by WindEurope showed that 450 GW of offshore wind in Europe (380 GW of which in the North Seas) is both achievable and affordable provided countries collaborate with one another in their investments in electricity grids and take the right approach to maritime spatial planning.

WindEurope CEO Giles Dickson said that up to 380 GW of offshore wind is doable in the North Seas by 2050 if countries collaborate effectively on maritime spatial planning, grid investments and hybrid offshore projects.

“The North Seas countries realise that and are taking concrete steps to make these big volumes happen. It’s great to see this reinforced commitment from Governments on offshore wind – and to see them widening and deepening the scope of their work together. This is Europe at its best. And a great example for other regions, in particular, the Baltic to follow,” he said.