Snowy places aren’t ideal for harvesting solar energy – panels can’t do much if they’re buried under blankets of snow, of course. Now a team from the University of California Los Angeles (UCLA) has developed a new device that can produce electricity from snow itself. 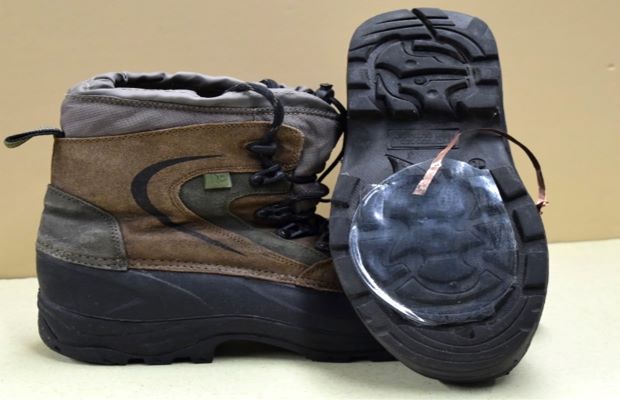 UCLA researchers and colleagues have designed a new device that creates electricity from falling snow. The first of its kind, this device is inexpensive, small, thin and flexible like a sheet of plastic.

“The device can work in remote areas because it provides its own power and does not need batteries,” said senior author Richard Kaner, who holds UCLA’s Dr. Myung Ki Hong Endowed Chair in Materials Innovation.

Snow is positively charged, so rubbing it against material with the opposite charge allows energy to be drawn out of it. After a comprehensive series of testing, the team settled on silicone as the most effective material.

The Snow TENG, which is 3D printable, is made with a layer of silicone attached to an electrode. The team says it could be integrated into solar panels, so they can continue generating electricity even when covered with snow, making it similar to an earlier hybrid solar cell that also harvested energy from the movement of raindrops on its surface.

About 30 percent of the Earth’s surface is covered by snow each winter, during which time solar panels often fail to operate, El-Kady noted. The accumulation of snow reduces the amount of sunlight that reaches the solar array, limiting the panels’ power output and rendering them less effective. The problem is that the Snow TENG produces a pretty tiny amount of electricity in its current form – it has a power density of 0.2 mW per square meter. The new device could be integrated into solar panels to provide a continuous power supply when it snows, Kaner adds, “It’s a very clever device — a weather station that can tell you how much snow is falling, the direction the snow is falling, and the direction and speed of the wind.”

The researchers give other examples like a sensor that could be attached to the bottom of boots or skis and used to collect data for winter sports.