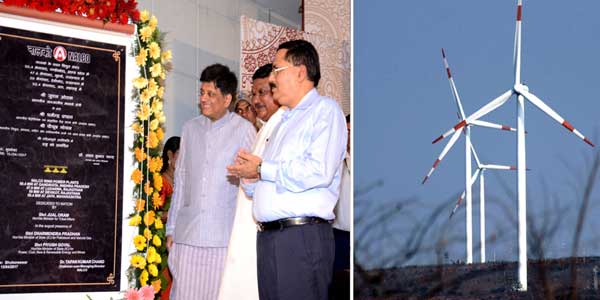 Aluminium major Nalco is planning to set up 150 MW of Wind and Solar power plant in Odisha, said Piyush Goyal

Nalco is planning to set up 150 MW of Wind and Solar power plant in Odisha, said Piyush Goyal, the Union minister of state for power, coal, new and renewable energy and mines.

While the Nation is transforming into a global leader, under Prime Minister’s Swadeshi Movement, it is heartening that Navratna PSU Nalco is taking an active part in this endeavour. Nalco’s plans for expansion in Odisha, shall not only boost the development of the State but also help the country achieve new milestones in the field of aluminium industry across the globe,” said Piyush Goyal, while presiding over a function at Nalco, on Saturday. He mentioned that the company is working to set up green power plants of 150MW capacity in Odisha and sought early allocation of land from the State Government.

The proposed green plants will be powered by solar and wind energy.  Gracing the occasion as Chief Guest, Jual Oram dedicated the 198 MW Wind Power Plants of Nalco to the Nation through VSAT. The wind power plants are located at Gandikota, Andhra Pradesh (50.4 MW), Ludarwa, Rajasthan (47.6 MW), Devikot, Rajasthan (50 MW) and Jath, Maharashtra (50.4 MW). Striking a kindred spirit with Nalco, where he started his career, Oram lauded Nalco for its continuous efforts towards the growth of the people of Odisha, along with industrial development.

Tapan Kumar Chand, CMD, Nalco thanked Piyush Goyal for allocating two coal blocks and bridge linkage coal to Nalco. With these, the problems of raw material securitization and availability of power for expanding capacities have been solved, he said.

Nalco also signed an MoU with Indian Institute of Technology, Bhubaneswar (IITBS) on research and development under its Industry-Institution Interaction programme. Another MoU was signed with MIDHANI, a central PSU under Ministry of Defence, for high-end aluminium products to reduce imports of such items.