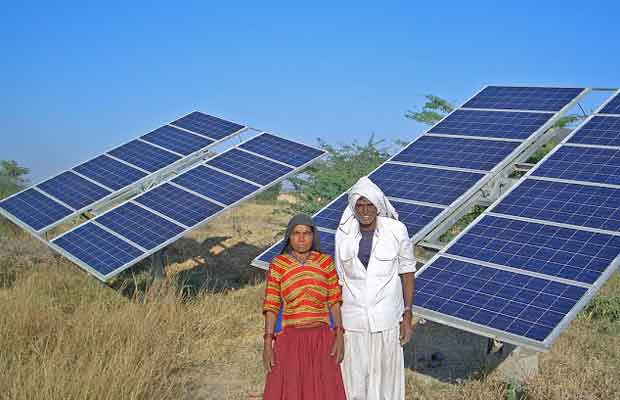 The Atal Jyoti Yojna provides for 75 per cent of cost of solar street lighting through the ministry’s budget and the balance 25 per cent is to be provided from MPLADS funds, Panchayat and Urban Local Bodies’ funds.

All Members of Parliament have been asked to contribute through their MPLADS fund towards providing solar powered street lights in rural areas of the country. A directive in this regard has been issued to members of both Rajya Sabha and Lok Sabha. The contribution has to be made from MPLADS (MPs’ Local Area Development scheme), it said. The move is in keeping with the government’s emphasis on the maximum use of new and renewable energy which includes solar energy and less dependence on fossil fuels.

Prime Minister Narendra Modi has outlined his vision for increasing India’s renewable energy capacity five-fold from 30 GW to 175 GW, including a boost in solar power generation from 20 GW to 100 GW.

“Some of the states have electrification of less than 50 per cent. As several areas in these states have inadequate coverage of street lighting, the Ministry of New and Renewable Energy has developed Atal Jyoti Yojna for providing solar lighting systems for public use,” reads the directive, emphasising on funding from the legislators.

The Atal Jyoti Yojna provides for 75 per cent of cost of solar street lighting through the ministry’s budget and the balance 25 per cent is to be provided from MPLADS funds, Panchayat and Urban Local Bodies’ funds.

The MPs may recommend contribution by certain amount out of their MPLADS fund for this scheme also, the communique said.

District authorities may accord highest priority in sanctioning and implementation of the same following the established procedure of the state government and the provisions of the guidelines on MPLADS, it said.