MNRE has observed that there a need for a Dispute Resolution Mechanism for resolving the unforeseen disputes b/w developers and SECI/NTPC. 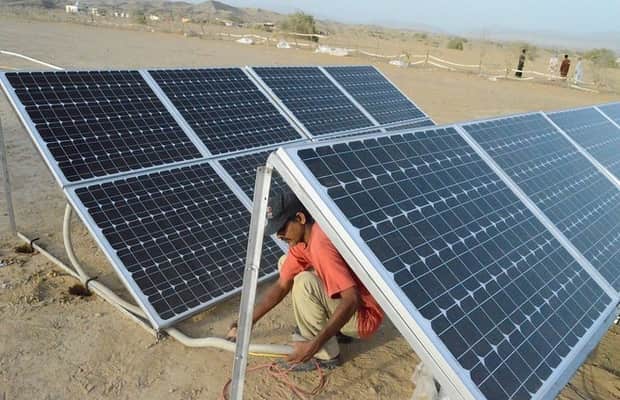 In a major decision to facilitate the solar and wind energy projects, RK Singh, Union Minister of State for Power and New & Renewable Energy (IC) approved a proposal to set up a Dispute Resolution Committee to consider the unforeseen disputes between solar/wind power developers and SECI/NTPC, beyond contractual agreement. Emphasising the importance of this step, Singh said that the move will give further fillip to the smooth implementation of solar/wind energy projects in India. It fulfills a long pending demand of the industry to resolve expeditiously, unforeseen disputes that may arise beyond the scope of Contractual Agreements.

The Solar and Wind Industries have been demanding for setting up of Dispute Resolution Mechanism by the Ministry of New and Renewable Energy (MNRE), to resolve expeditiously, unforeseen disputes that may arise beyond the scope of contractual agreements between solar power developers/wind power developers and the Solar Energy Corporation of India (SECI)/NTPC.

In its latest order, the MNRE has observed that there is in fact a need to erect a transparent, unbiased Dispute Resolution Mechanism, consisting of a Dispute Resolution Committee (DRC). The Government after careful examination of the issues involved has issued the following orders:

(i) A three-member DRC will be set up with the approval of Hon’ble Minister (NRE), consisting of eminent persons of impeccable integrity. The upper age for the DRC members shall be 70 years. The selection of DRC Members would be such that there is no conflict of interest involved.

(ii) The mechanism of DRC will be applicable for all solar/ wind schemes/ programmes/ projects being implemented through/ by SECI/NTPC.

The DRC will consider the following kinds of cases:

(b) All requests of extension of time not covered under the terms of contract: All cases involving unforeseen issues/circumstances not covered under Contractual Agreements like cases where the site is to be procured by the developer but there is delay in land allotment due to policy change or registration by the Government, delays in grant of proposed connectivity due to court stays, etc., will be placed before the DRC for consideration and make recommendations to MNRE for appropriate decision.

The DRC will examine all such cases referred to it, including the cases where the developer is not satisfied with the decision of SECI/NTPC and it decides to appeal after paying the required fee, in a time bound manner and submit its recommendations to MNRE, not later than 21 days from the date of reference.