Mitsubishi Electric (Hong Kong) Limited has announced that it has received an order from MTR Corporation Ltd (MTR) in Hong Kong for three Station Energy Saving Inverter (S-EIV) systems, which enable surplus regenerative energy that is produced when trains brake, to be converted into low-voltage AC electricity to power station facilities such as lighting, air-conditioning, escalators and lifts. 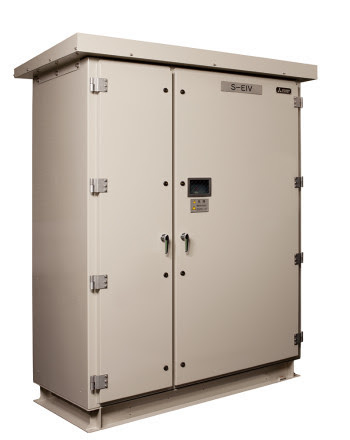 The three S-EIVs will be used in Lai King Traction Substation at Airport Express and Tung Chung Line and in HKU Station at Island Line. Installation is scheduled for completion in July 2021. MTR, which is headquartered in Kowloon Bay, selected Mitsubishi Electric’s S-EIV for its small physical profile as well as its contribution to energy savings.

Mitsubishi Electric trialed its first-generation S-EIV® for MTR in 2016. The system has been shown to capture an average of 560 kilowatt-hour of regenerative energy per day, which is roughly equal to the power consumption of 61 typical 3-member households in Hong Kong. According to the document by Legislative Council of The Hong Kong Special Administrative Region, each Hong Kong typical 3-member household consumes 275 kilowatt-hours per month (9.17 kilowatt-hour per day).

Recent improvements in train performance include the increasing generation of regenerative energy produced when trains brake, so railway companies are exploring ways to use this surplus energy effectively. Since Mitsubishi Electric’s S-EIV enables the energy to be used in powering station facilities, it is viewed as a promising solution for new energy savings.

In June, it was announced that with an aim to tap the rising market demand for power devices used in the electric vehicles (EV) sector, Mitsubishi Electric Corporation had entered into an agreement with Sharp Corporation to acquire land and buildings from Sharp Fukuyama Semiconductor Co Ltd.