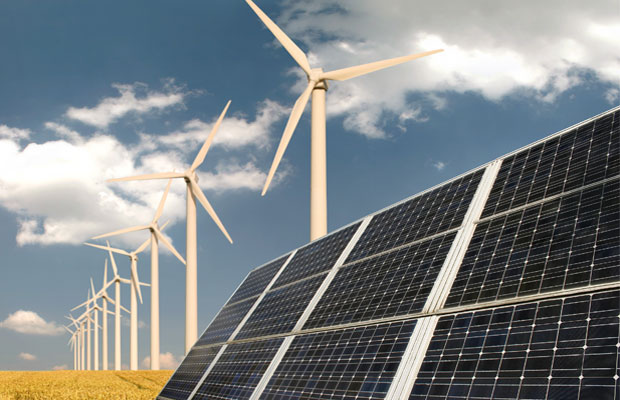 The New & Renewable Energy sector has witnessed the highest ever-solar power and wind power capacity addition over the last two years since April 2014.

The Government has set a target of 175 GW of renewable energy capacity by end of 2022, making it the largest expansion in the world and providing plenty of opportunities for investors. The Government is also committed to Clean Energy and is driving efforts to achieve 40% power installed capacity from non-fossil-fuel-based energy resources and reducing emissions by 33- 35% of its GDP by 2030.

The New & Renewable Energy sector has witnessed the highest ever-solar power and wind power capacity addition over the last two years since April 2014.

Here are the key achievements in the sector during the last 2 years released by Ministry of Commerce and Industry.

As on October 31, 2016, cumulative capacity of 46.33 GW grid interactive renewable energy capacity has been installed in the country, which constitutes 15% of the total installed power generation capacity of 307.69 GW.

100% FDI is allowed under automatic route for projects of renewable power generation and distribution subject to provisions of The Electricity Act, 2003.

USD 1.77 billion. The major FDI equity inflow in the sector are provided in the below table.

The government has provided a whole host of financial and fiscal incentives for promoting renewable energy projects.

To promote solar rooftops, INR 5,000 crore has been approved for implementation of Grid Connected Rooftops systems over a period of five years upto 2019-20 under National Solar Mission (NSM).This will support installation of 4,200MW Solar Rooftop systems in the country in the next five years (December 2015).

MNRE launched the scheme for development of Solar Parks and Ultra Mega Solar Power Projects on December 12, 2014.  25 Solar Parks with capacity of 500 MW and above (smaller parks of lesser capacity for Himalayan and hilly regions) and Ultra Mega Solar Power Projects targeting over 20,000 MW of solar power installed capacity will be set up within a span of 5 years starting from 2014-15.

To meet the rising demand and manage the gaps in capacity of trained manpower, the Government in May 2015 set a   target of achieving 50,000 “SuryaMitras” of skilled manpower in solar  energy sector by 2019-20.

5,492 SuryaMitras have been trained under the program as on September 30, 2016 with over 150 institutes across the country implementing the Suryamitra program and creating job opportunities for unemployed youth. Currently, 3000 are undergoing training.