Marathwada Institute of Technology Gets its third Solar Power Plant 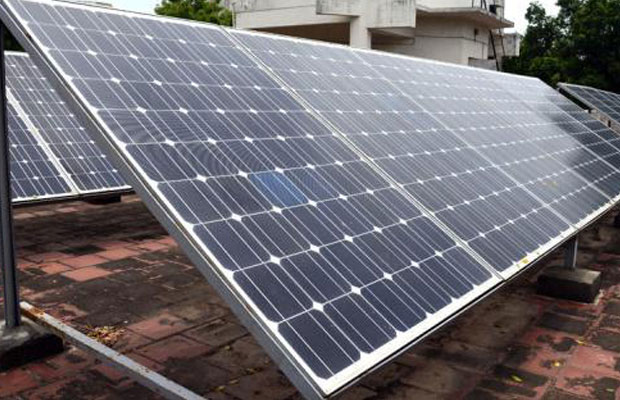 In the process of tapping the renewable energy, Marathwada Institute of Technology install a 150 kW solar power plant

A 150 kilowatt (kW) capacity solar power plant has been set up at Marathwada Institute of Technology (MIT) with the institution leading by example in the matter of tapping renewable energy.

The facility – third in series of such power plant – was inaugurated by Aurangabad municipal commissioner Omprakash Bakoria. “This is the third solar power plant installed on MIT campus. Last year, two 100 kW capacity plants were already started at our campus,” MIT authorities said.

The MIT director-general Munish Sharma said the institution, having multiple constituents, would save 45% traditional power consumption by drawing energy from solar power plants. He also shared plans to make campus 100% dependent on renewable energy in near future.

The MIT has already employed other green measures such as use of LED bulbs for illumination and solar water heaters on hostels. Suresh Ganeshkar, chief engineer with MSEDCL, Aurangabad circle along with Nilesh Patil, Santosh Bhosale and Sunil Deshmukh were also present on the occasion.