Electric KUV100 would be first electric SUV to be sold commercially in India which was also showcased in the 2018 Auto Expo. 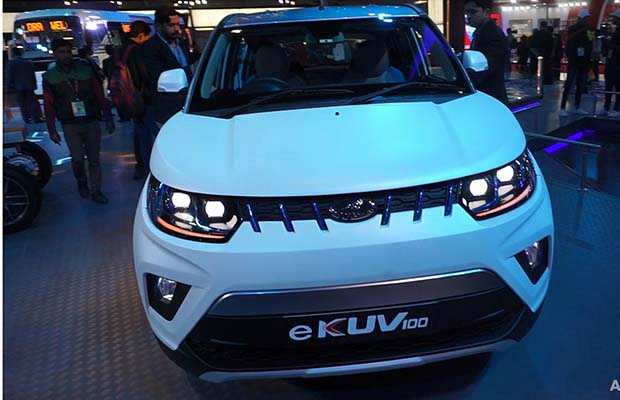 Mahindra and Mahindra (M&M), India’s leading car manufacturing MNC has announced the launch of an all-electric Mahindra KUV100 in 2019.

Electric KUV100 would be first electric SUV to be sold commercially in India which was also showcased in the 2018 Auto Expo.

Mahindra is the only automobile company in India with a running electric car selling portfolio. It already sells E20 Plus and e-Verito to the consumers.

Further, the company also keeps on card to launch an upgraded version of e-Verito which till now was just being sold to the Government as a part of an EESL tender.

M&M, President Automotive, Rajan Wadhera said, “We will come up with a new e-verito soon, the car will see a major upgrade and we are working towards it.”