The delays haven’t gone down well with the prosumers (consumer and producer of solar power), who after investing their money on installing solar panels and getting all the paperwork done, are upset at seeing their installations lie idle. The cabinet had approved the state solar policy last year. 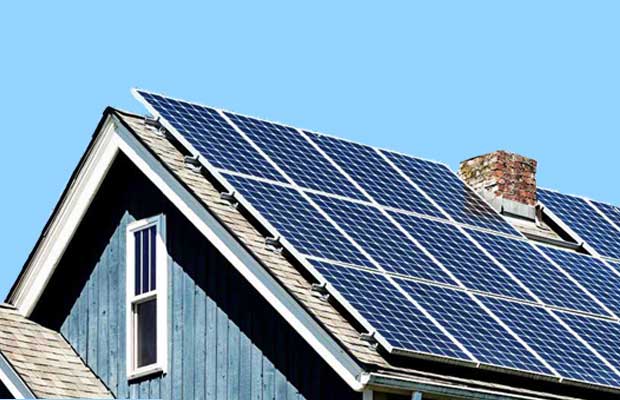 The onus is on the government to connect solar-powered projects to the grid. Although the power consumers are taking proactive steps to go green the government is dragging its feet for the connection.

There are numbers of consumers and producers of solar power in Goa who have installed panels and have obtained the required permission and clearances from the respective authorities but the projects are yet to be get connected with the grid.

The delays haven’t gone down well with the prosumers (consumer and producer of solar power), who after investing their money on installing solar panels and getting all the paperwork done, are upset at seeing their installations lie idle. The cabinet had approved the state solar policy last year.

Santosh Lotlikar from Vasco was impressed at an advertisement for solar panels, and installed eight panels of 2kW capacity as well as a bi-directional metre for net metering in May last year. The project was approved by GEDA and inspected by the electricity department as well, and Lotlikar was looking forward to getting a negative bill within a few years, but the electricity department is yet to sign a power purchase agreement with prosumers for net metering where any surplus power consumed will be fed to the grid and adjusted in bills.

“The Prime Minister keeps talking about solar power and encouraging people to support the government to go green. We were keen to support the initiative, but our grid connection has been stuck. We continue to pay our regular bills and although the solar panels are generating electricity, it is going to waste,” he said.

Similarly, Chandor-based Helena Furtado also installed 32 solar panels of 10.24 KW in October last year, and has also been waiting to sign the power purchase agreement, that the government is yet to finalise, with the power department so that she can get her project connected to the grid.

“Once the chief minister has signed the solar policy document, I don’t understand how the draft power purchase agreement is pending with the legal department for so long. There are only promises made, but no ease of doing anything. If these bottlenecks are not cleared, people will rethink their decisions to go green. Instead of encouraging solar power, local projects are being stalled and the focus is on coal instead,” she told.

With projects not taking off, the department last week asked prosumers to give an undertaking that they their connections would be connected to the grid and their power purchase aggrements would be signed at a later stage. Furtado, who submitted the undertaking, said that she has taken a risk but is keen to get the plant up and running.

At the second edition of the CII Goa conference on solar energy on Friday, industry stakeholders praised the solar policy but raised serious concerns about the delay in connecting net metering projects and refusing to grant approvals for gross metering projects.

Power minister Pandurang Madkaikar assured clearance would be received within the next 20 days. He said it is necessary to seek opinion from the law and finance departments, after which the government would go ahead and tender 70 megawatts of solar power.