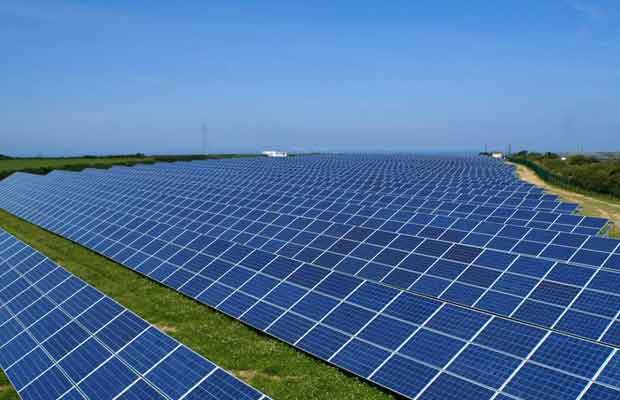 The solar revolution in India marches on, with renewed momentum, if the recently concluded reverse bidding auction for a 750 MW Solar Park in Madhya Pradesh is any indication.

While the rest of the world watched in disbelief, Mahindra Renewables Pvt. Ltd., Acme Solar Holdings Pvt. Ltd. and Sweden’s Solenergi Power Pvt. Ltd. successfully bid Rs 2.979/kWh, Rs 2.97/kWh and Rs 2.974/kWh to build 250MW plants each. These bids are the lowest in the history of solar tariffs in India. The previous lowest bid was Rs 4.34/ kWh for a 70 MW unit in Rajasthan.

A variety of reasons led to this unprecedented crash in solar tariffs, from reduced cost of photovoltaic (PV) modules to risk mitigation for developers and intricate financial planning.

Chinese module manufacturers dropped module prices to less than Rs 20 per watt (30 cents) because of oversupply in the market. Reports say that manufacturers are selling below cost. With major manufacturers already having preferential rates for the Indian market, it is unlikely that module prices will go up significantly in India even after the glut clears out.

Assuring developers of risk mitigation in terms of electricity offtake, by Rewa Ultra Mega Power Limited (a joint venture of Solar Energy Corporation of India Limited and Madhya Pradesh Urja Vikas Nigam Limited), also contributed to the drop. This risk mitigation aspect allows developers to access finance at lower costs and reduce their expectations on returns by a few percentage points as long as the project proves to be sustainable and financially viable.

There is a clause which allows for a 5 paisa escalation per unit in this project for the next 15 years. The successful bidders must have taken this into consideration. The resultant levelised tariff over the lifetime of plants (approximately 28 years), with degradation, works out to around Rs 3.32/kWh.

The remarkably low tariffs discovered in this auction will have far-reaching implications for the country’s solar landscape. With both international and domestic investors looking at India as a serious place to set up solar businesses, the 100 GW target is no longer being brushed aside as over-ambitious and unrealistic. The result is that developers are competing and bidding aggressively, with lower margins, to get their foot in the door in states with high solar potential.

Grid parity of solar with conventional fossil fuel sources, such as coal, is no longer a distant dream and shatters most myths associated with the high cost of renewables. The model of price escalation aligns with increasing coal prices in the recent past. Large-scale solar is now in a strong position to compete with any other source of electricity in India, which is extremely encouraging for the National Democratic Alliance’s plans to promote solar both in India and in the International Solar Alliance proposed by Prime Minister Narendra Modi in 2015 and launched the same year at COP-22 in Paris.

Domestic and international financial institutions will now have more confidence in lending to the Indian utility-scale solar market. Now that offtake risks are reduced because of joint ventures between state and central agencies, lower interest rates with longer tenures and lower hedging of currencies will be observed in the coming years.

Engineering, Procurement and Construction (EPC) contractors will be under pressure because developers and investors will reduce costs in this aspect by either further reducing their margins or vertically integrating themselves to perform such tasks on their own. This is going to put intense pressure on EPCs to finish projects quickly whilst adhering to quality standards. Instead of taking a month to install 10 MW as was the norm two years ago, EPCs will have to finish 250 MW in less than six months to gain more contracts in one financial year and survive.

Domestic manufacturers of PV modules will feel more threatened than earlier because of the tremendous rate cuts in imported modules. They are likely to seek further protection through subsidies from the government. However, considering the fact that India is already in troubled waters with the US in the World Trade Organisation (WTO) on the Domestic Content Requirement (DCR) clause for solar, it is unlikely that more measures will be taken by the government to carve out niche spaces beyond solar rooftop projects for domestic manufacturers.

Overall, these record low prices in Madhya Pradesh will usher in an era which will be dominated by solar headlines at every auction henceforth. If these trends of oversupply of modules, access to low cost finance, highly effective and efficient EPCs and support and encouragement from both state and central governments spread to other states, then prices might fall even further in India.

Solar power is here to stay and make significant contributions to the country’s energy mix at extremely competitive rates. The solar market is wide open for both domestic and international investors and the time is ripe for innovations in both technology and finance.

(Saptak Ghosh is a research scientist at Bengaluru’s Center for Study of Science, Technology and Policy [CSTEP]. The views expressed are those of CSTEP)