The Minister asked officials to utilise hydro and solar power facilities to avoid load-shedding. On the other hand Kumaraswamy held the central government responsible for the power crisis.

Karnataka Chief Minister H D Kumaraswamy after reports of a looming power crisis has directed the concerned officials to ensure there was no interruption in power supply in the state. 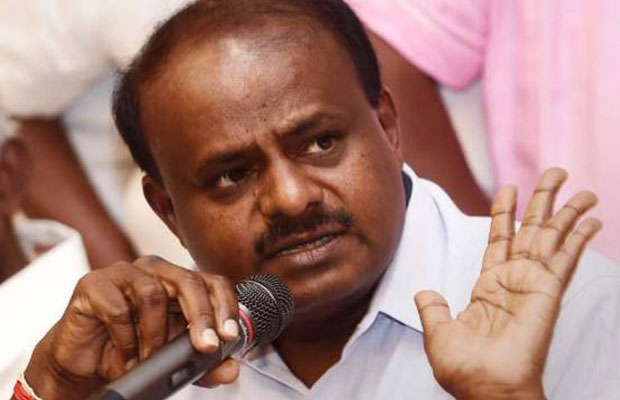 The Minister asked officials to utilise hydro and solar power facilities to avoid load-shedding. On the other hand Kumaraswamy held the central government responsible for the power crisis.

According to an official release, quoting Kumaraswamy said, “As the supply of coal in the state was not in accordance with the agreement that was reached with the Centre, power generation at the Raichur Thermal Power Plant has suffered.”

Kumaraswamy had recently tweeted about the shortage in coal supply to the state and requested the Union Coal Minister Piyush Goyal to look into the issue.

“Coal scarcity in the State’s Thermal Power Stations: Raichur Thermal Power Station (RTPS) with 1,720 MW capacity has zero coal stock. WCL, a Government of India Coal Company has short supplied about 6 Lakh MT of coal to RTPS this year against the Fuel Supply Agreement (FSA) quantity resulting in this situation (shortage),” the Minister had said in a tweet.

“I have requested honourable Coal Minister of Union Government Piyush Goyal to make good this deficit from Mahanadi Coal Fields (MCL). I even requested the minister that in the coming days WCL should ensure supply of FSA quantity in full for sustainable power generation in Karnataka,” he had said in another tweet.