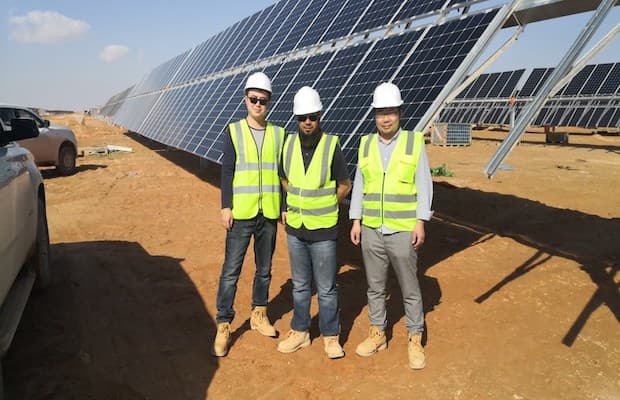 Jolywood (Suzhou) Sunwatt Co has announced that it has been named the exclusive bifacial module supplier for the world’s largest single-unit N-type solar power station in Oman, Middle East.

The firm has delivered 105 MWac of solar power to the Marubeni Corporation’s latest power station using its revolutionary N-type high efficiency bifacial solar cells and modules from June 2019. The power station, will be connected to the grid at the end of January 2020, is Oman’s first solar photovoltaic project and supersedes the world’s former largest N-type bifacial solar power station at China’s National Power and Flood Control Base with a supply of 100 MWdc of power.

“We are honoured our groundbreaking N-type bifacial solar modules will be used for this world-leading project,” said JianWei Lin, chairman of Jolywood Group. “This is the result of a decade of pioneering spirit in the green energy industry, as well as our relentless dedication to R&D and innovation to give the world high quality, high efficiency, and low LCOE N-type technology.”

With an innovative structure and high production quality, the module and panel manufacturers bifacial components offer superior energy efficiency, higher power generation and enhanced durability and reliability – all of which are uniquely suited for a solar power station in the energy-rich, but highly unpredictable, climates of the Middle East. The project comes off the back of the successful grid-connection of the Zonnepark Rilland in the Netherlands – Europe’s biggest N-bifacial solar power plant – where Jolywood supplied over 11.75 MW of solar power.

“Looking forward, Jolywood will continue its ambition to bring renewable energy to the world as part of China’s Belt and Road initiative and is expected to hold over 55 percent market share on N-type solar cells by 2027.” said Alfred Liu, Oversea head of Jolywood.