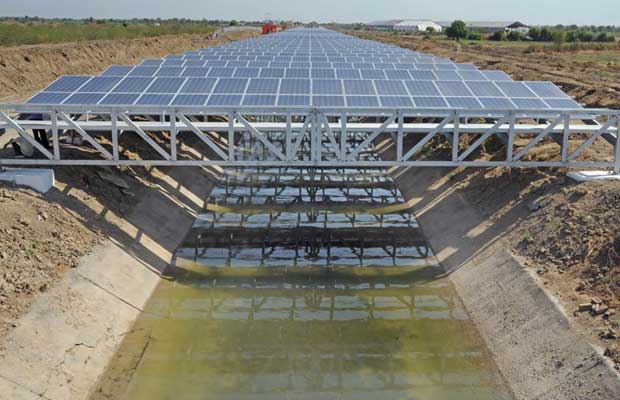 According to new information made available by state officials, inoperative and defunct sewage and water treatment plants (STPs/ WTPs) in nearly 170 municipalities across Gujarat are expected to be powered up again with the help of solar power systems. As a part of a pilot program to study the feasibility of the move, the state government’s Urban Development Department will run STPs in eight municipalities and WTPs in 15 towns on solar energy instead of the conventional electricity procured from Discoms.

Most STPs in the urban local bodies (ULCs) have been languishing due to heft power bills and poor electricity management. Sources told TNN that the municipalities owe an estimated Rs 300 crore to various state-run distribution companies. Officials said that the detailed project report (DPR) for the eight STPs and 15 WTPs is expected to be ready in a month after which work orders will be issued to develop a viable and efficient solar energy mechanism for all the other STPs.

“The 8 municipalities selected for the pilot project together treat 1,770 crore litre water through STPs. “This is a unique pilot project undertaken in India. We will be the first civic body to set up STP that will completely use solar energy,” an official told TNN. Moreover, a preliminary survey has revealed that the massive power bills that the ULCs are saddled with are mainly due to poor electricity management. To tide over this handicap, the government plans to have a detailed energy audit of the ULCs in a bid to optimise the power usage.

“We plan to establish a model for efficient energy management in all the municipalities to bring down their power bills,” an official said.

In August, we had reported that the Maharashtra Energy Development Agency (MEDA) had issued a tender for the implementation of a cumulative capacity of 3.658 MW grid-connected rooftop/ ground-mounted solar PV systems to be installed at various existing water lifting and water treatment plants in the state under RESCO model.

MEDA is implementing this project for MJP, which aims the generated solar power may be utilised for captive application and the surplus power may be fed to the grid. The scheme aims to reduce fossil fuel-based electricity and make buildings self-sustainable from the point of electricity to the extent possible.