The Ministry of New & Renewable Energy has announced that Indu Shekhar Chaturvedi (IAS) has assumed charge as the new Secretary, MNRE from May 11, 2020. 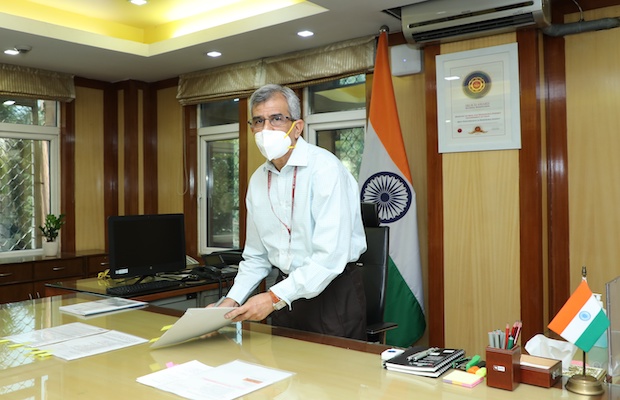 After formally taking over, Chaturvedi met senior officers of the Ministry and took stock of the work and issues before the Ministry.

The new secretary is B.Tech in Electrical Engineering from IIT-Kanpur and holds a P.G. in International Development from Harvard University (USA). He has worked in the Government of Jharkhand and Government of India at various positions including field and policy level.

At the back end of April, the appointment was first made official by the Appointments Committee of the Cabinet.

Reporting to his new boss at the MNRE, Minister RK Singh, himself elected from Arrah Lok Sabha seat in Bihar, the Jharkhand cadre Chaturvedi joins at a tumultuous time at the MNRE. His predecessor, Anand Kumar has ensured a strong finish to his own stint, helping pilot a series of moves that have widely been seen as favourable for the renewable energy industry.

At the MNRE, one of the primary tasks before Chaturvedi will be the outcome of the Electricity Act (2020) Amendment bill, which was promised a quick passage, or even promulgation via the ordinance route by his predecessor. The proposed amendments are widely seen as a huge step forward, if they do happen, for the potential they offer in terms of unraveling the financial mess at discoms, as well as enabling a much more supportive environment for renewable power producers.