Indu Shekhar Chaturvedi, a 1987 batch IAS (Indian administrative service) officer of the Jharkhand cadre, has been appointed as the new secretary of the Ministry of New and Renewable Energy (MNRE). Mr Chaturvedi will take over from Anand Kumar, himself an IAS from the 1984 Kerala cadre. Mr Chaturvedi was earlier the Additional Chief Secretary of the Forest and Environment Department, Jharkhand, besides being a member of the Revenue Council. The announcement was made formally by the Appointments Committee of the Cabinet in a formal release today, while announcing a series of appointments.

Reporting to his new boss at the MNRE, Minister Shri R,K. Singh, himself elected from Arrah lok sabha seat in Bihar,  the Jharkhand cadre Mr Chaturvedi joins at a tumultous time at the MNRE. His predecessor, Mr Anand Kumar has ensured a strong finish to his own stint, helping pilot a series of moves that have widely been seen as favourable for the renewable energy industry. Mr Kumar has been moved to the Ministry of Culture, which should benefit from his measured approach to finding solutions too. 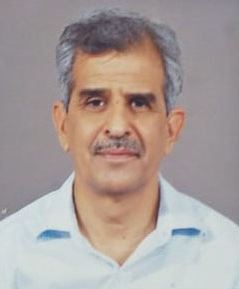 The move at the MNRE was anticipated for some time, ever since the government empanelled 41 IAS officers as secretarys back in October 2019. Changes have been made across many other ministries too.

At the MNRE, one of the primary tasks before Mr Chaturvedi will be the outcome of the Electricity Act (2020) Amendment bill, which was promised a quick passage, or even promulgation via the ordinance route by his predecessor. The proposed amendments are widely seen as a huge step forward, if they do happen, for the potential they offer in terms of unraveling the financial mess at discoms, as well as enabling a much more supportive environment for renewable power producers.

Besides that, there is the added pressure of ensuring business moves to normal mode as quickly as possible, in the post Covid or lockdown period, which many people hope will start in earnest after the current lockdown deadline of May 3 is reached.

Despite being accorded permission to work on renewable energy projects since April 20, the industry  has so far found it very hard to actually resume work  due to major logistical challenges, especially availability of workers.