At a Webinar organised late yesterday evening by the US India Strategic Partnership Forum (USISPF), participants got dollops of reassurance, and an insight into the future for renewable energy in India, including manufacturing, as India’s MNRE sees it, with inputs from key industry leaders. You can read an earlier report on on key issues highlighted by Anand Kumar, Secretary, MNRE, here. 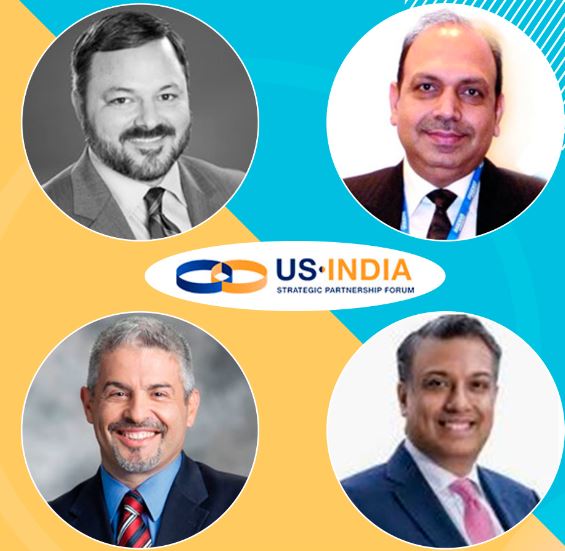 Sinha highlighted the tremendous gains the sector had made in the past few years, and the key challenges it had faced. His view on the the post lockdown period vis a vis fresh industry challenges, was also shared. He acknowledged the role the MNRE had played in enabling the industry to grow, particularly some of the ‘proactive, quick’ moves made in past months when it comes to issues around payments and other areas. Sinha raised some key queries with respect to steps being taken to support not just RE producers and investors, but also their key customers, discoms. Distress at the former end was always going to impact the developers, and it was key to see a solution for stressed discom finances too. Sinha also hoped that with the increased volume of bids, momentum on which had not been lost even during the Covid-19 pandemic currently, manufacturers in India would also have the volumes to build viable, quality  businesses.

Following him was Georges Antoun, Chief Commercial Officer, FirstSolar. Georges highlighted his firm’s presence across multiple geographies, and what they would look for to consider fresh investments. From the right incentives to a level playing ground for domestic manufacturers. He stressed how their plants in the US, Malaysia and Vietnam continue to work even in the present times, thanks to the high degree of automation as well as the relative ease of following the new social distancing norms and other conditions. On India specifically, Georges made a specific reference to the ” need to balance the cost with quality and reliability in India”, as a key feedback.

Holding forth from the government viewpoint, Anand Kumar made a strong pitch for the state, future, and support for renewable energy in India. On a query from Nolty,  he went on to share his view on the future of renewable energy in India, where he saw storage playing a particularly critical role. ” The age of vanilla solar or vanilla wind is almost over. Solar energy alone will be produced to such an extent that you will have to give it away dying the day time. Thus, we are moving away from vanilla solar and wind. We are moving towards hybrids, and hybrid with storage. Our effort is to create more and more demand for storage, as seen with our push for capacity to deliver peaking power and round the clock power. We are also looking to create storage facilities which can be given on rent or hire to discoms for balancing , as has been done elsewhere in the world.” He highlighted Tata Power’s 20MW storage ‘battery‘ in Delhi that was started in 2019 for load balancing support.

Kumar cited the current pipeline to make his point and invite investor interest from US. “We have 2000 MW of solar bids up, 1200 MW of hybrid, bids for 400 MW of round the clock power, 2000 MW of wind, 5000 MW of solar combined with thermal that is open, waiting for closure. We have closed the world’s largest single bid for 1200MW of storage recently, and a fresh one will be out soon now.”

On manufacturing in India, Kumar stressed that  considering China’s dominance in renewable equipment manufacturing, it was critical for India to ensure that its energy security was in its own hands. ” We would like to develop India as a manufacturing hub, with US support. We are trying to set up manufacturing hubs. Land for these hubs has been requested in various states. Suggestions are welcome on incentives and policy decisions to facilitate manufacturing in RE sector in India.

Basic Customs Duty (BCD) was a tool he mentioned that would be used to support domestic manufacturing, besides support for building hubs for exports, including services in the sector. These would include consulting as well as remote management of RE sites from India, from a hub in Gujarat.

On Georges point about quality, Kumar highlighted the removal of price caps on new bids  now, and made it clear that the government was aware o the need to upgrade quality, as the sector transitioned to a more critical supplier role on the back of hybrid, storage and other innovations. “Discoms value dispatchable power, and that requires quality”. He highlighted the government’s openness to look specifically at Solar-wind-storage, hydro, storage in battery or pump hydro as storage options for round the clock power supply. “Discoms want despatchable power today, and that’s the product we are pushing for, for the industry to stay relevant”.

Kumar signed off by informing all the attendees that the REINVEST event, which has served as the flagship MNRE event for showcasing the opportunities in India, would be going virtual this year. REINVEST 2020 will be completely digital, (virtual), nd we invite US investors  to take the opportunity to participate in a big way.