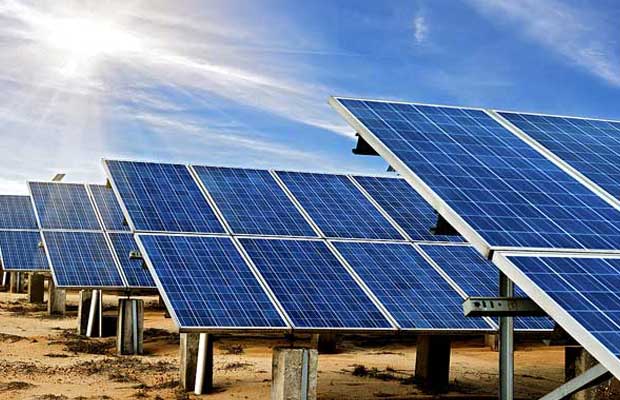 The latest figures provided by MNRE shows that India has gained a tremendous growth in solar energy capacity by a record 5525.98 MW.

According to the latest figures provided by the ministry of new and renewable energy (MNRE), the FY 2016-17 saw India’s solar energy capacity grow by a record 5525.98 MW, while India had added 3010 MW of solar capacity in 2015-16, which indicates that growth in the solar capacity nearly doubled over the past year. The current cumulative solar energy capacity of India is around 12288.83 MW, against 6762.85 MW at the end of March 2016.

The officials from MNRE said that ministry has strived hard to expand solar power generation as energy minister Piyush Goyal has set such ambitious targets that the growth is impressive even if it falls short of the target. The cumulative target the Ministry of New and Renewable Energy had set earlier was 17,000 MW by the end of 2016-17.

Santosh Vaidya, Joint Secretary at the MNRE mentioned that “By the end of next year, our minister has committed to a cumulative target of 20,000 MW. This would mean adding another 7,750 MW in 2017-18. Once we do so, we will have reached the Jawaharlal Nehru National Solar Mission (JNNSM) target two years in advance.”

He further added that these projects were ready and were only awaiting their synchronization with the grid or state approval or signing of the power purchase agreement.

The JNNSM, which initially set a target of 20GW of solar capacity by 2020, now has been scaled to 10 GW of solar power by PM Narendra Modi by 2022.

The currents additions in the solar capacity puts Andhra Pradesh at the top with 1867.23 MW, displacing Rajasthan (1,812.93 MW), which was the top state in producing solar energy for the last three years. Gujarat, which was ranked No.1 in solar generation for many years, is now pushed back to No.4 with 1249.37 MW, while Telangana stands at No.3 with 1,286.98 MW.

There were various projects commissioned in the last few years to meet the year-end deadline. Of 5526 MW added, only 2803.77 MW of solar was commissioned till February end, but it was followed by a spurt of more than 2,700 MW in March 2017. Further, with the fall in the solar tariffs, the use of solar power is expected to double in coming years.

Santosh Vaidya said that We have seen how low tariffs have fallen at bids such as the one at the Rewa Solar Park. The last auction conducted for projects at the Rewa Park saw Rs 2.97 per kwH tariff rate for the first year, followed by small increases in subsequent years, well below the earlier benchmark price of Rs 4 per kwH for solar power.

Vaidya told that Renewable energy can be an energy alternative now and states can go beyond fulfilling their renewable power obligations (RPOs). However, effective scheduling and forecasting for intra-state transmission of solar power is necessary to achieve future targets successfully.