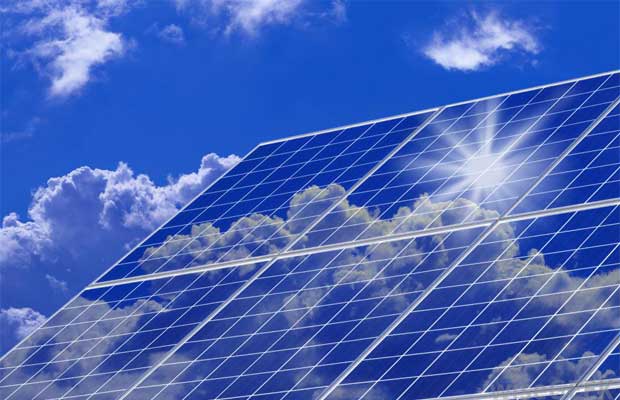 India has crossed 10 GW of Solar power capacity, which is more than 3 times increase in less than 3 years.

India solar power generation capacity stood at 2,650 MW on May 26, 2014. As much as 14,000 MW (or 14 GW) of solar projects are currently under development and about 6 GW is to be auctioned soon. In 2016, about 4 GW of solar capacity was added, the fastest pace till date. According to power ministry estimates, another 8.8 GW capacity is likely to be added in 2017, including about 1.1 GW of rooftop solar installations. Government is targeting 100 GW of solar and 60 GW of wind energy capacity by 2022. Total renewable energy generation capacity is envisaged at 175 GW by 2022.

Earlier last month, lower capital expenditure and cheaper credit had pulled down solar tariff to a new low of Rs 2.97 per unit in an auction conducted for 750 MW capacity in Rewa Solar Park in Madhya Pradesh.The auction was conducted by a joint venture of Madhya Pradesh government and Solar Energy Corporation of India (SECI). Last year in January, solar power tariff had dropped to a new low, with Finland-based energy firm Fortum Finnsurya Energy quoting Rs 4.34 a unit to bag the mandate to set up a 70-MW solar plant under NTPC’s Bhadla Solar Park tender.