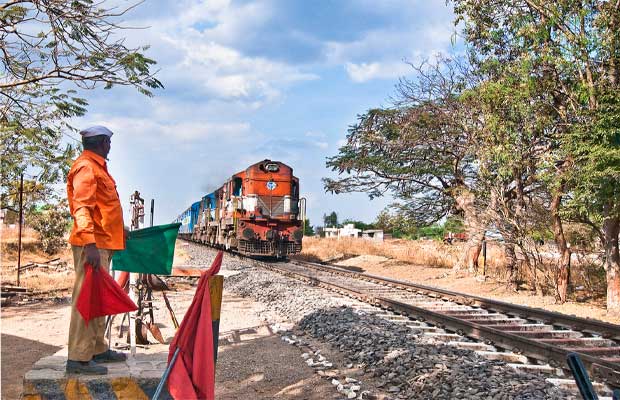 The Indian Railway is working on the plan to make use of 500 MW of solar power plants in 8000 stations to meet its electricity needs and cut down carbon footprint.

Indian Railways has planned to install 500 MW of solar power plant to meet the energy needs of more than 8000 stations in the country. The idea is to reduce dependence on power utilities, bring down energy bill under the “net zero energy” plan, cut down carbon footprint and at the same time, and put its vast land space in use.

A senior official from Rail Ministry told ET that “We have a rough assessment of 8,000 stations with a 500 MW capacity which will be covered eventually under the plan. For the stations to be covered under the Station Redevelopment Plan, we are opting for Net Zero Energy concept. For the 23 stations identified in the first phase, along with six stations under Indian Railway Stations Development Corporation Limited (IRSDC), we aim to minimize our energy consumption from outside sources.”

The national carrier has been struggling to obtain ‘No Objection Certificates (NOCs)’ from the state governments for using transmission lines following Central Electricity Regulatory Commission’s (CERC) order granting it a deemed distribution licensee status. The railway ministry has also planned to set up its own transmission lines to overcome dependence on state power utilities.

The official from the rail ministry told the publication that “In the second phase, we aim to consume zero energy from outside and be fully self-sufficient through our own solar power plants. We will soon be launching tenders for a 50 Megawatts (MW) solar power plant at Bhilai in Chhattisgarh. Railway Energy Management Company Limited (REMCL) will set it up. They will put equity and borrow from the market. The evacuation system is available and we will use the Central Transmission Utility (CTU) network.”

The Railways is planning to utilize 1000 acre of land for the construction of solar power plant at Agra in Uttar Pradesh for which tenders will soon be issued. The railway has identified around 5000 acres of land in the country which cannot be used for commercial purposes so it will used to set up solar power plants.

Experts believe that the plan has the potential to cut down railways’ energy bill by 40 per cent.

Vinay Rustagi Managing Director at BridgeToIndia, a renewable energy-focussed consultancy firm told ET that “The plan is very sound. Railways are the large consumer of electricity. If it can generate its own energy, either at surplus land or on the rooftops of the railway stations, that makes a lot of sense because solar power costs are coming down significantly.”

He further added that the plan may face a challenge – availability of solar power for only seven to eight hours a day. The Indian Railways has a current renewable energy generation capacity of 36 MW and plans to ramp it up to 1000 MW.