India Sets Sight for 450 GW RE Capacity by 2030: President Kovind

India has embarked on an ambitious target of having 450 GW of renewable energy by 2030 to capitalise on its clean resources, President Ram Nath Kovind said 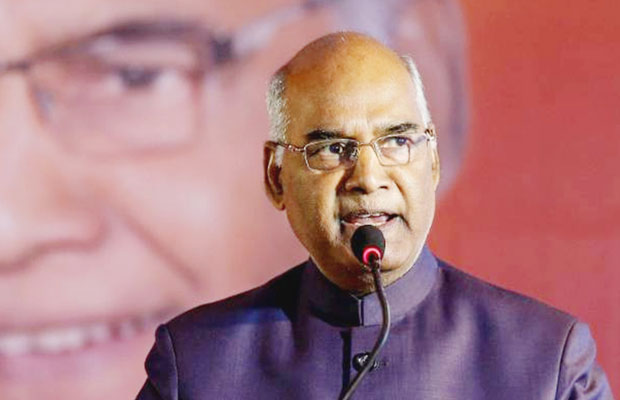 As of December 2019, 86 GW of renewable energy capacity has already been achieved. This includes 34 GW of solar and 38 GW of wind energy. Besides, around 36 GW of clean energy is under installation and about 35 GW is underbidding stage.

Addressing a joint sitting of both Houses of Parliament, Kovind said that “keeping environment conservation in mind, my Government has enhanced the target for producing renewable energy to 450 gigawatts (GW). Under the Pradhan Mantri-Kusum Yojana, it has been targeted to provide more than 17 lakh solar pumps to farmers across the country.”

He noted that under the second phase of the solar rooftop programme, the target is to generate 38 GW of electricity.

Kovind also told the members that after the International Solar Alliance (ISA), India has been at the forefront of a global partnership. The ISA was set up under the aegis of India. It was created to provide a dedicated platform for cooperation among solar resource-rich countries. As many as 85 countries have signed the ISA framework agreement. A total of 64 nations have ratified it.