A new report by CEEW has revealed that India’s renewable energy workforce has grown five-fold in the past five years to over 100,000 workers in 2019. 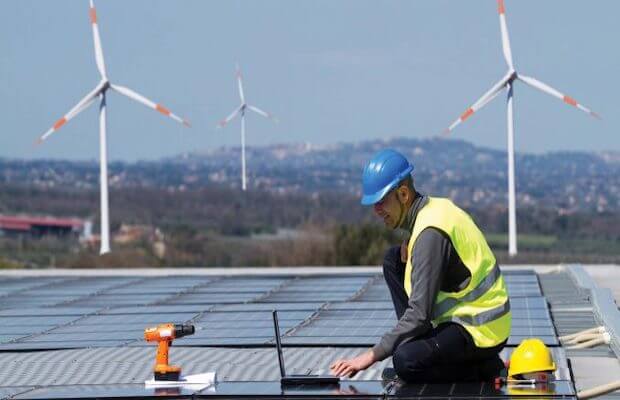 The findings were released in a new report ‘Powering Jobs Growth with Green Energy’ by the Council on Energy, Environment and Water (CEEW), in collaboration with the Natural Resources Defence Council (NRDC), and the Skill Council for Green Jobs (SCGJ).

Rapid capacity addition in the country’s renewable sectors has been the primary drivers behind the growth, according to the report. Achieving India’s renewable energy target of 175 GW by 2022 has the potential to create employment for over 330,000 workers in the wind and solar sectors – at least 230,000 additional workers between now and 2022.

Dr. Arunabha Ghosh, CEO, CEEW, said, “India lies at the centre of the ongoing global energy transition and its successful renewable energy programme is inspiring and enabling similar low-carbon transitions across other emerging economies. In the last two years, the capacity addition in India’s renewable energy sector outweighed additions in thermal power. While India deepens its renewable energy markets to ensure that the employment potential is met, it would also need to increase focus on creating a skilled workforce and designing quality training programmes.”

The analysis found that 45,000 workers could be employed in solar module manufacturing in India as part of the 100 GW solar target. However, policy certainty, government support, and lowering the cost of finance will be key to sustaining the growth of India’s renewable energy markets, and in turn the renewable energy workforce.

Renewable jobs growth also slowed in 2019 because of a 20% decline in capacity additions in the solar and wind market. The new Goods and Services Tax (GST), the imposition of the safeguard duty, payment delays by power distribution companies, lack of finance, and infrastructure constraints were key reasons behind the slowdown.

Recently, we’ve also reported that according to the first annual jobs census by Power for All, measuring employment from decentralised renewables for rural electrification in Africa and Asia has estimated that by 2023 the sector will create 400,000 jobs in India – including 190,000 direct, formal jobs – almost double the current number, as well as 210,000 direct, informal jobs.