The latest research by IIED released at the One Planet Summit in Nairobi makes a strong case for ways that climate money could be used to actually make an effect on climate change. 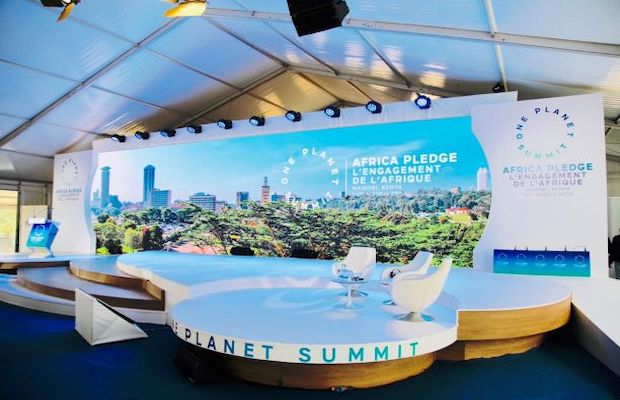 The One Planet Summit is hosted by French President Emmanuel Macron and Kenya’s President Uhuru Kenyatta in Nairobi, today to help accelerate and focus attention on climate investments in line with the Paris Agreement.

New research called ‘Money where it matters: designing funds for the frontier’, by the International Institute for Environment and Development (IIED), sets out how a fundamental reform of the way climate finance is distributed can make sure it reaches the local level and meet the needs of growing numbers of people living in the poorest and most vulnerable countries.

“With only $1 in every $10 committed from climate funds for local level climate action, climate finance is failing to get money where it matters. We need to reimagine the climate finance system.”

The paper investigates the flow of finance from primary donor to local actor and presents a new framework to get more finance to local institutions to tackle the drivers of poverty, resource degradation, and climate change. It also sets out the ways in which primary donors, global funds and financial intermediaries can help make this reimagined climate finance system a reality.

The paper elaborates how Climate finance is failing to tackle the drivers of vulnerability in communities facing chronic poverty, resource degradation, and climate change. The research builds on earlier work and reviews four frontier funds in Brazil, Thailand, and Zimbabwe that grew out of social movements and are effective in channeling money to the forefront of climate action. Four case studies:

The Dema Fund, which supports indigenous peoples, women, Afro-Brazilians and subsistence farmers in the Brazilian Amazon

Less than 10% of international climate finance is being committed to the local level. Funds’ over-dependence on such institutions as the World Bank and UN agencies for distributing money committed under the Paris Agreement means, too often, finance is focused on short-term projects. These are designed by distant, uninvolved experts and, as a result, can miss local priorities and the flexibility to respond both to rapidly changing needs and new opportunities.

Clare Shakya, Director of Climate Change at the International Institute for Environment and Development (IIED) and one of the report’s authors, said: “This meeting is an important opportunity for governments and donors to make critical changes to a system that too often is more of an obstacle than a solution. Making sure climate finance reaches the women, children, and men who need it most is critical to achieving the Paris Agreement’s targets. By strengthening local institutions and making sure they are involved at every step, climate finance can have the agility, responsiveness, and relevance necessary to help communities thrive in the face of climate change and keep temperature rise below 1.5 °C above pre-industrial levels.”

Also, according to UNEP, donors and global funds have only committed $22 billion to adaptation, whereas $140-300 billion is needed annually by 2030 in order to meet the Paris Agreement’s commitment for balanced support for adaptation and mitigation projects.

One more cause of concern is that a significant proportion of the money is spent on separate administration costs, which diverts the precious fund away from its purpose to tackle climate change. The four cases presented in the research demonstrate that there are effective alternatives to the current dependence on multilateral banks and other international bodies.

IIED estimates less than 10% of the $17 billion climate finance committed from international climate funds between 2003 and 2016 was prioritized for local-level activities. Committing these funds to every level – national, regional and local – is crucial. The imbalance needs to be addressed with more of this money channeled to the local level. This analysis is of dedicated climate funds which are only 7% of total climate finance over this period, as the rest of the climate finance is not sufficiently transparent to be analyzed. Greater transparency is needed to be able to track the effectiveness of climate finance.