Spanish utility Iberdrola has commenced work on a 500-megawatt (MW) solar photovoltaic power plant in Badajoz, Spain. It is its first PV project in Europe. 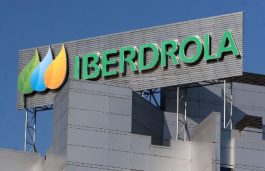 The facility, Iberdrola’s first photovoltaic plant in Europe, will use 1.5 million panels spread across a 1,000-hectare site. The company will invest around 300 million (US$340 million) euros in its development. Iberdrola will invest €300m in the project, which will support 1000 construction jobs during peak periods.

Set to be fully operational by 2020, the Núñez de Balboa plant will be able to produce enough energy for roughly 250,000 people, Iberdrola announced. Nunez de Balboa will supply electricity to Euskaltel, Kutxabank, and Uvesco under already signed power purchase agreements.

“As costs have come down, and technology has matured, it is clear that solar is going to be a pivotal technology in the energy transition,” Iberdrola’s chairman, Ignacio Galan, said in a statement.

“Our extensive experience in developing renewable energy means that we are well-placed to integrate this technology into our global portfolio,” he added, “The electrification of the economy shows no signs of slowing, and major projects like Nunez de Balboa will help to ensure that increasing demand can be met, while also delivering on global climate change targets.”

In February, Iberdrola said it would make investments of 34 billion euros between 2018 and 2022, with 13.3 billion euros of that figure going toward renewables.

Tags: Iberdrola, International, Solar PV, Spain
"Want to be featured here or have news to share? Write to info[at]saurenergy.com