Wind Energy and Hydrogen Can Work Together For a Cleaner Europe

WindEurope recently hosted a workshop exploring the wind energy’s potential to decarbonize industries that are resource and energy-intensive – with a focus on hydrogen. 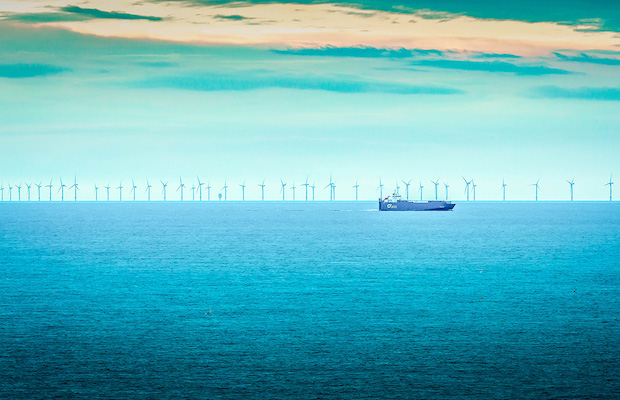 Late last year, the European Commission presented its strategic long-term vision for a carbon-neutral economy by 2050. And one of the biggest challenges in meeting this objective lies in the major sectors such as steel, chemicals or cement industries. In 2016 industrial processes accounted for 17.5% of total greenhouse gas emissions in the EU.

Wind energy has the potential to play a leading role in the decarbonization of such processes. One way to do that is with so-called ‘green hydrogen’ – i.e. hydrogen produced via water electrolysis with electricity produced in wind farms.

Hydrogen is a technology in which Europe has leadership and it is an excellent means of storing variable electricity. Currently, 80% of the cost of hydrogen stems from the cost of electricity. With the rapid and growing cost-effectiveness of wind energy in recent years, wind-produced electricity could become a competitive decarbonization pathway in many industrial sectors.

Workshop participants compared the technical and economic constraints for the production of renewable hydrogen, ammonia or methanol, and discussed regulatory measures to unlock the potential of sectoral integration including the coupling of electricity and gas grids.

One of the most promising prospects discussed was the development of offshore wind in the North Sea. With offshore wind costs declining and capacity factors high enough, the North Sea has major potential to upscale the production of green hydrogen for industries where emissions remain ‘hard to abate’.

Recently, according to statistics released by WindEurope, wind energy provided 14% of the EU’s electricity last year, up from 12% in 2017. With 11. 3 GW of new capacity additions.

Continued growth in capacity and the use of more powerful turbines are helping to drive up wind’s share in the electricity mix. Denmark had the highest share of wind in its electricity last year (41%) followed by Ireland (28%) and Portugal (24%). Wind was 21% of Germany’s electricity.