Hindustan Zinc, the Udaipur-based subsidiary of the Vedanta Group is looking to offload its wind energy assets worth 273 MW, nearly Rs 1500 crore. 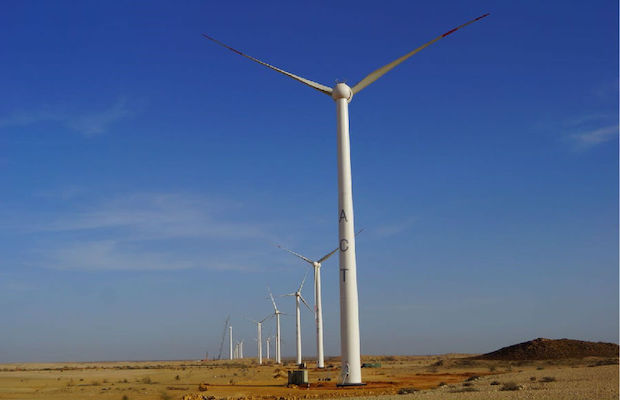 Hindustan Zinc, the Udaipur-based subsidiary of the Vedanta Group is reportedly looking to offload its wind energy assets worth 273 MW, nearly Rs 1500 crore. The assets, as per industry experts aware of the developments, have been listed as non-core by the firm and have been thus placed on the market.

According to local news reports, two renewable energy players which are backed by multilateral financial institutions are vying for the business.

With plants located in five states – Rajasthan, Gujarat, Maharashtra, Karnataka and Tamil Nadu, the projects have an added benefit of having power offtake agreements with state electricity boards in their respective states.

This is the firms’ second attempt in trying to sell its wind energy assets. In 2016, it had tried and failed after it did not get a single bid in the price range it was expecting for the wind assets.

According to ET, the sale of the wind assets could help the zinc producer add to its significant cash pile that amounted to USD 2.65 billion, according to an August 2019 investor presentation on its website.

The funds will come in handy to assist a delisting process announced by parent Vedanta. The group firm will need around USD 2.5 billion to finance the delisting process. Cash raised through asset sales in group firms such as Hindustan Zinc could be distributed as dividends to the parent and help meet those funding requirements, this person said.

Hindustan Zinc ranks amongst the top two miners of zinc and lead globally along with Glencore. It also ranks amongst the world’s top 10 producers of silver. Almost 75 percent of its zinc production is sold to steel companies that in turn supply to the automobiles, infrastructure, construction and railways sectors.

The company also has solar power plants though these are for captive use.

Last year, we had reported that the firms’ pilot floating solar plant located at Ghosunda Dam, near Chittorgarh, Rajasthan was closing in on completion.

Arun Vijayakumar, Director Projects, Hindustan Zinc Limited had said at the time, “Hindustan Zinc Limited has always contributed to Indian green energy shift and Floating Solar plant is one such initiative. When we decided to take our first step towards an innovative solar installation, we thought it best to award the job to one of the established solution providers. We are hopeful of successful completion of the project by Vikram Solar Limited and we look forward to strengthening our business relation.”