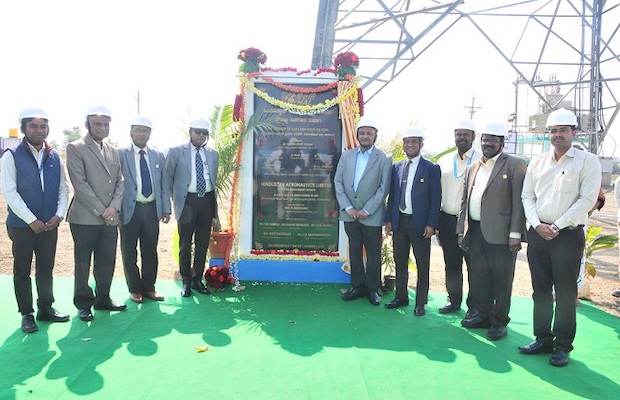 Contributing towards green energy production and to achieve self-reliance in electricity power requirement, Mr. R Madhavan, CMD-HAL inaugurated an 8.4MW wind energy power plant near Ilkal in Bagalkot district (Karnataka). The power generated from this plant would be used for captive energy consumption at Bengaluru.

“We are glad that through this green initiative, HAL would reduce its carbon footprint by around 25,000 tons of CO2 emissions per annum. This project would cater to about 25% energy consumption at Bengaluru based divisions.” We are committed to increasing the share of renewable energy in the overall energy consumption across the Company, said Madhavan.

The plant comprising of four wind turbines installed in collaboration with Suzlon Energy Limited has the potential to generate around 260 lakh units per annum with an estimated annual savings of around Rs 18 crore to the Company.

This is the second wind energy project that HAL set up at a cost of about Rs 59 crore. HAL already owns a 6.3MW wind energy power plant near Davangere. A 3.5MW solar power plant is also operational in HAL Airport, Bengaluru. Together, the renewable energy plants will meet around 50% of the electricity consumption of Bengaluru-based Divisions.